According to the Vietnam Steel Association (VSA), in the first nine months of 2019, domestic steel output reached 18.83 million tons, an increase of 6.7 percent compared with the same period last year.

More than 17 million tons were sold during that time, up 8.5 percent, which included more than 3.5 million tons of exports, a 2.9 percent increase. 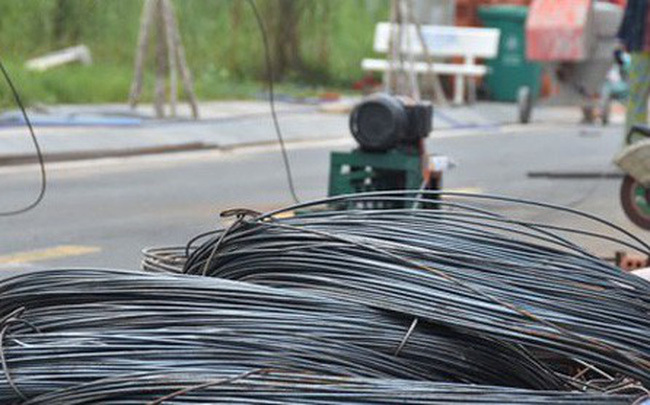 Though steel sales, including exports, have increased, steel manufacturers complain that the competition in the industry is stiffer than ever as domestic production capacity has far exceeded market demand.

Regarding imports, besides the low-cost steel from China, HRC from India has also arrived in large quantities with the selling price of $15-20 per ton lower than domestically made products.

The selling prices have experienced several adjustments this year and have decreased by 8-10 percent. As a result, many enterprises have to reconsider their plans to expand mills. Most of them have adjusted their production plans to reduce inventory.

Even Thep Viet, a big manufacturer, said its production has increased very slightly compared with the same period last year.

“Domestic consumption has decreased, and it is difficult to boost exports because of the protection barriers,” Thai said.

Da said Vietnam has opened the market widely, which makes other countries feel that Vietnam has no measures to protect domestic production.

Not only China, but other countries are also rushing to sell their steel products in Vietnam. Meanwhile, domestic demand hasn't increased. This has worsened the oversupply.

“Manufacturers’ profits have been seriously affected. It is very difficult to export products because the importing countries such as the US and Eastern European countries are strengthening measures to protect their domestic markets,” Da said.

According to the Ministry of Industry and Trade (MOIT), steel products often face trade remedy lawsuits. As many as 35 out of 142 lawsuits raised by importing countries are related to trade products.