The textile and garment industry has orders to export $18 billion worth of products, but the opportunities brought by CPTPP have not been that great so far.

The growth in exports to CPTPP markets contributed to export turnover of $18 billion worth of textiles and garments in the first six months of the year, but ‘golden opportunities’ still have not been seen. 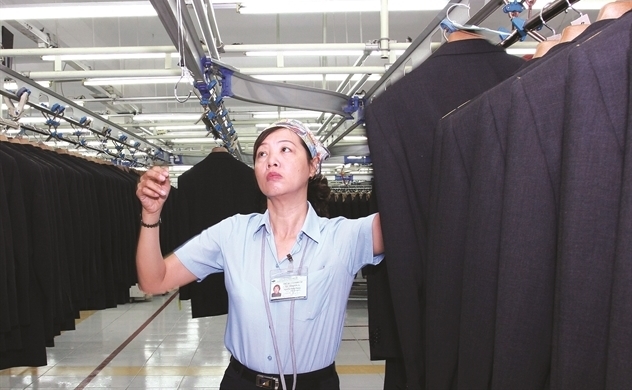 CPTPP, which took effect on January 1, 2019, brought excitement to textile and garment companies.

Importers have shifted orders from Vietnam to Bangladesh, India and Myanmar, and garment companies are complaining about the lack of orders.

Deputy chair of the Vietnam Textile and Apparel Association (Vitas) Truong Van Cam confirmed that the numbers of orders are just equal to 70 percent of the same period last year.

Cam said it was a surprise that a sharp fall in the number of orders also occurs with large enterprises. Most enterprises said they only have enough jobs until the end of Q3.

Meanwhile, Than Duc Viet, general director of May 10, said CPTPP has not brought added value to garment exporters.

“We are not getting additional benefits exporting products under CPTPP. Prior to that, we already had preferences from the Vietnam-Japan FTA, ” he said.

Japan is the largest market for Vietnam in CPTPP. However, according to Vu Duc Giang, president of Viet Tien Garment, the purchasing power of the market is on the decrease. The expected benefit in the non-US CPTPP is clearly smaller than in a CPTPP with the US.

Of the $5 billion worth of exports to CPTPP in the first six months of the year, $3.8 billion went to Japan. Canada was the second biggest consumer with $666 million and Australia $222 million.

Saigon 3 Garment began trying to penetrate the Australian and Canadian markets right when CPTPP was under negotiation. The company’s president Pham Xuan Hong said the early beginning helped the company obtain revenue of $1 billion from CPTPP in the first half of the year.

However, the products satisfying requirements on origin remain modest because most of the materials are imported from non-CPTPP countries. This means that other exports still have to bear the tax rate of 17 percent.

Vietnamese enterprises are eyeing Canada asthe biggest market in CPTPP with import turnover of $13.3 billion and predicted growth rate of 20 percent per annum.

With CPTPP and the tariff reduction from 17-18 percent to zero percent, Vietnam has opportunities to surpass Bangladesh and Cambodia and narrow the gap with China and the non-CPTPP countries.