The fuel price has been increasing over the last two months, dealing another blow to transport firms that have not recovered from Covid-19. 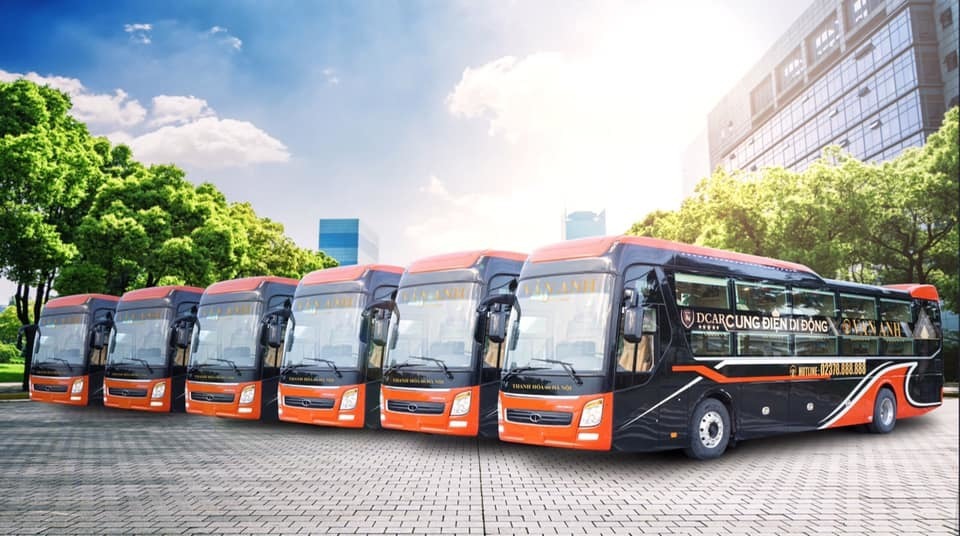 The fuel price is on the rise, while the number of passengers is on the decrease, which has caused big losses. He estimated that the fuel alone costs VND10 million for one return trip, but there are less than 20 passengers. With the ticket price of VND250,000, he has to make up for the loss of nearly VND2 million a day, which means VND10 million for five buses. The company is operating at just 50 percent of capacity and 50 percent of staff.

Some passenger transport companies at Giap Bat Station in Hanoi also say they are running at a moderate level after the fuel price increases.

Vu Hoang, the owner of a company providing service on Hanoi – HCM City route, said because of the pandemic, the number of passengers has dropped dramatically, while input costs have kept increasing. He hopes to earn VND5 million for each trip. He breaks even for some trips but receives a lot from others. If the situation does not improve, he will consider stopping operation for a while.

According to Hai Duong provincial authorities, the frequency of internal and inter-province buses is just 20 percent of the normal period. Taxi firms have also been dealt another strong blow because of the fuel price hike.

With a modest number of passengers, unprofitable transport firms may have to downsize their staff.

The owners of some transport firms at Mien Dong Station in HCM City said they have to make up for losses of the company with their own money. The firms now operate with 25-50 percent of capacity compared with the time before the pandemic.

The HCM City Cargo Transportation Association confirmed that the fuel price has reached a 7-year high and is predicted to keep increasing.

For container vehicles and heavy trucks, fuel costs account for 35-40 percent of total costs, while the figure is 25 percent for other kinds of vehicles. Meanwhile, transport firms have to pay many types of fees, including parking and road maintenance fees.

In order to ease difficulties, transport firms have cut unnecessary expenses and asked drivers to save fuel. However, if the fuel price continues increasing, they will have to raise the freight rates to ensure normal operation. The adjustment may be 5-7 percent. If so, they may even face bigger difficulties because of the decrease in number of passengers.

To help transport firms overcome the difficulties, the Ministry of Finance (MOF) has proposed the reduction of the environmental protection tax by VND1,000 for every liter of petrol and VND500 for every liter or kilogram of oil, from April 1 to the end of 2022.

According to the ministry, the environmental protection tax cuts for petrol, oil and lubricants will help the petrol price decrease by VND1,100 per liter and oil prices by VND550.

According to VCCI, the fuel price has reached its peak, so support from the State is extremely important amid the pale economy. It stressed that the solution is feasible as Vietnam is getting benefits from crude oil price increases and satisfactory budget collections in the first two months of 2022.

Pham The Anh from Hanoi National Economics University said the environmental protection tax could be reduced to VND3,000 per liter from the VND4,000 per liter. Also, the product could be added to the list of the products receiving VAT reductions of 2 percent like other kinds of goods.

The tax cuts won’t affect long-term sources of revenue, while they will have a direct impact on petrol prices, thus helping curb goods price increases.

It is estimated that the tax proportion of the petrol price is 40 percent, which is a burden on Vietnamese people who have low income. China has income per capita three times higher than Vietnam, but its petrol price is the same as Vietnam.

The Ministry of Industry and Trade (MoIT) has instructed agencies to ensure the supply of petrol amid tight supply.

The Ministry of Industry and Trade (MOIT) and Ministry of Finance (MOF) have raised the ceiling fuel prices for the March 1 review. This is the third consecutive price increase in the Year of the Tiger.