Wage reform is delayed, why?

VietNamNet Bridge - After several times of delays, the salary reform scheme of the Government cannot be submitted to the upcoming Central Party Conference again.

VietNamNet Bridge - After several times of delays, the salary reform scheme of the Government cannot be submitted to the upcoming Central Party Conference again. Talking to VietNamNet Bridge about the cause of this delay, vice chairman of the Committee on Social Affairs of the National Assembly – Mr. Bui Sy Loi – explained that wage reform must be synchronized with other reforms. 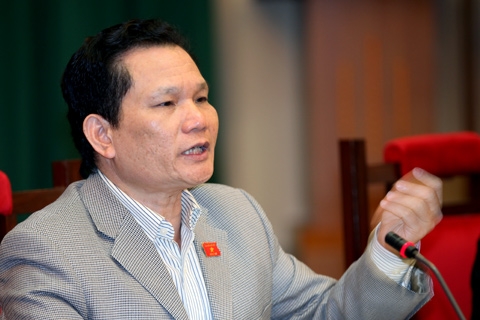 Vice chairman of the Committee on Social Affairs of the National Assembly – Mr. Bui Sy Loi.


"The goals of the salary reform scheme cannot be achieved right now because the current staffing of the state remains overcrowded," said Loi.

"The problem posed to the reformers here is to conduct total solutions to streamline the state staffing apparatus and evaluate the implementation of the mechanism of autonomy and financial responsibility to increase labor productivity and create financial sources for wage reform," he added.

The above issues are still being studied by competent bodies, said Loi.

He also pointed out the difficulties to achieve the goals of wage reform under the expected schedule.

Accordingly, the wage reform policy aims that by 2016, the minimum salary will satisfy the minimum living needs. However, the economic picture in the past two years is not bright.

The country’s economic growth rate in 2012 was only 5.03 percent; the rate of dissolved businesses increased; and the unemployment rate also rose. The total investment for the entire society went down while the target on jobs creation was not reached. The roadmap for wage increase for both businesses and administrative agencies was delayed and the expected pay raises was also cut.

"So that is why minimum wage in the administrative area only meets 38.4 percent of the minimum living needs," he said.

The salary reform scheme compiled by the Ministry of Home Affairs has received a lot of attention from the public partly because of its importance and also because of its repeated delay.


A year ago, answering questions of the National Assembly Standing Committee, the Minister of Home Affairs -- Nguyen Thai Binh -- committed to working with the agencies involved in formulating a scheme for reform of wage, health insurance and benefits for those who well deserve the country in the period of 2012 - 2020 to submit to the 5th Central Conference in April 2012. However, the compiling committee could not complete the scheme. 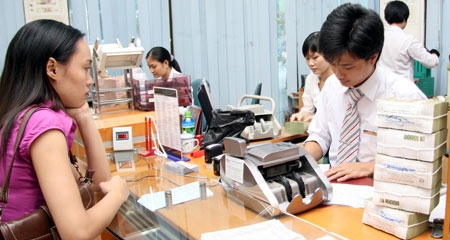 The 5th Central Party Conference required the government in 2012-2013 to give priority to salary adjustments for staff, public servants and the armed forces, to revise the salary mechanism of state enterprises, to handle the irrational gap between salary of managers and employees.

The Party Central Committee also required the government to urgently work out the salary reform plan for 2013-2020, along with the related projects, to create a breakthrough in creating resources, ensuring good results for wage reform, to carry out salary reform together with administrative reform, streamlining the organizational structure, staffing, restructuring of public finance and other related fields.

The salary reform scheme for the period of 2013-2020 is expected to be submitted to the 7th Central Party Conference. But then, along with the delay in the implementation of other reforms, this project continues to be delayed.

According to the overall administrative reform program for 2011 - 2020, the government determined that by 2020, salaries of officials and civil servants will be fundamental reformed to ensure living standards at the pretty average in society. But with the current reform agenda, along with the economic downturn, it seems that the "pretty average" target still too far away.