VietNamNet Bridge – The Vietnamese dream of bringing Vietnamese products into the US Walmart’s chain is turning into reality as Walmart now officially considers collecting goods from Vietnam for the distribution within the chain.

VietNamNet Bridge – The Vietnamese dream of bringing Vietnamese products into the US Walmart’s chain is turning into reality as Walmart now officially considers collecting goods from Vietnam for the distribution within the chain. 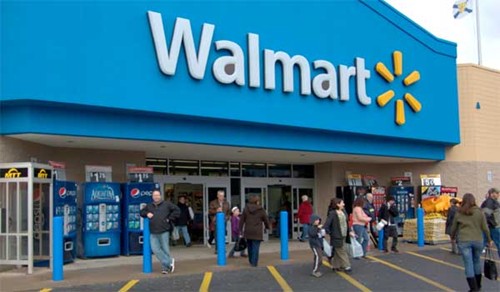 Ignacio Lopez, Vice President of Walmart Group, who is in charge of looking for the global supply sources, said Walmart can see the business opportunities from collecting goods in Vietnam and then exporting the products to other countries, especially in the context of the Trans Pacific Partnership Agreement (TPP).

He said so at the meetings with the high ranking officials of the Vietnamese government and relevant agencies last week, during his working visit to Vietnam.

The senior executive said Walmart set up an office in HCM City in June 2013, in charge of looking for the supplies for the group’s global distribution chain.

He said that Walmart trusts in Vietnamese manufacturers, and that the group has the interests in the supply sources which can offer products at competitive prices, the manufacturers who follow the principles for sustainable development.

Though the visit did not aim to seek investment opportunities, while the office in Vietnam is not in charge of the issues relating to the investments, Lopez said the process of seeking supply sources in Vietnam may raise an idea for Walmart to invest in Vietnam once there are favorable conditions.

However, the Minister of Planning and Investment Bui Quang Vinh, showed that he was even delighted to receive Lopez more than receiving an investor.

“In a market economy, the market is the most important factor. Once there is a market, there will be production,” Vinh said.

According to Kevin Gardner, a senior executive of Walmart, a HCM City based company, Thuan Phuong, which specializes in supplying embroidery and weaved products has successfully expanded its business in the US through the direct sales to Walmart.

This was exactly the reason why Vinh rejoiced when hearing that Walmart wanted to buy goods from Vietnam, especially when its export markets have been narrowed in the global economic crisis.

The news about the visit to Vietnam by a Walmart’s executive has made Vietnamese producers excited. However, they have been warned that it would be not easy to do business with the US distribution chain which always sets high requirements on products’ quality and other conditions.

A Vietnamese textile and garment company reportedly has given up cooperating with Walmart just after three deliveries. In order to sell products at Walmart, manufacturers have to offer low prices, fulfill big orders and satisfy strict requirements. Meanwhile, the company could not show its name on the products.

The company finally “gave up the game” after realizing that it could not make profits when dealing with Walmart, and should not expect the opportunities to polish its image in the US, once it could not sell the product under its brand.

Nguyen Van Le, Deputy General Director of Dong Hung Industry JSC, also noted that the Walmart’s policy on only buying goods at low prices will be a big barrier for Vietnamese businesses to access the distribution chain.

However, the power that Walmart has is so big that every enterprise dreams of having the opportunities to cooperate with it. Le, for example, said his company is moving ahead with the plan to do business with Walmart through its representative office in China.