The movement of issuing corporate bonds has cooled down, but the large number of bonds that have been issued with no collateral, or untrustworthy collateral, is viewed as a ‘bubble’ that may burst at any time.

A report from the Saigon Securities Incorporated (SSI) found that enterprises issued VND164.4 trillion worth of corporate bonds in Q3, an increase of 29 percent over the previous quarter and 95 percent over the same period last year. 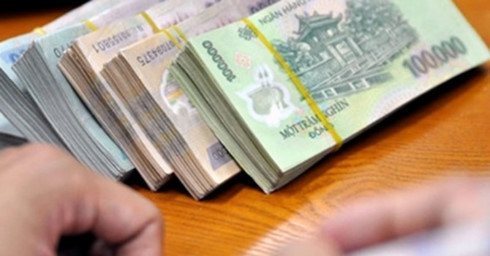 The total amount of issued bonds reached VND341 trillion by the end of September, an increase of 79 percent compared with the same period last year.

The amount of bonds with no collateral or collateral with low reliability that were issued successfully was over 95 percent, which showed high demand.

SSI warned investors to be cautious about investments in bonds with no collateral or bonds guaranteed by shares. It said these bonds have high risks. If enterprises fall into insolvency or go bankrupt, investors may lose money.

Economists say the number of bonds with no collateral or untrustworthy collateral issued so far this year account for a large proportion. However, most of the bonds have not matured, so serious problems have not occurred.

But in the following years, when the bonds reach maturity, if issuers cannot pay bond holders, the bonds will be worthless. If so, the consequences will be serious, not only to investors but to the entire economy.

ADB, in its recent report, commented that the Vietnamese corporate bond market has developed rapidly after many years of slow development. However, there are risks in the market because very few issuers have public credit ratings.

In developed bond markets, enterprises that want to issue corporate bonds must have a credit rating. It took some countries tens of years to build a ‘credit rating culture’. In Vietnam, most issuers are not rated.

On December 4, 2018, the government issued Decree 163 on corporate bond issuance to replace Decree 90.

The decree set very lax regulations to pave the way for enterprises to issue bonds. Even unprofitable businesses could also issue bonds if they showed audited finance reports.

With the decree, issuing corporate bonds became an important channel for enterprises to mobilize capital. Many issuance campaigns were implemented in 2019, which enlarged the bond market size.

In 2020, the movement of issuing corporate bonds has been even stronger, despite Covid-19. Some businesses were found issuing two campaigns within a day, and the value of bonds was 10-100 times higher than their stockholder equities.

Meanwhile, the information about the issuers was not transparent. Some enterprises did not clearly state the purposes of the bond issuance or their plans to arrange money to pay debts.

Worrying about the bubble in the bond market, the government decided to tighten bond issuance with Decree 81, which took effect on September 1, 2020.

The new decree has caused the bond issuance movement to cool down. However, experts have warned that with a large amount of bonds issued with no mortgaged assets, the ‘bubble’ may burst in the time to come when bonds reach maturity.

Private corporate bonds raised in September dived from the previous month after a decree took effect to tighten the issuance on the corporate bond market.