The sharp increase in petrol prices has made roadside gas stations favorite places for many young people to take photos.

On social networks, people have written that luxury travel sites in Vietnam are not Phu Quoc or Nha Trang ... but gas stations.

Ms. Truong Thi Quynh Nhu and Mr. Le Van Loi from Thanh Hoa Province are the first couple to have a wedding photo shoot at a local gas station. After being posted on their Facebook on March 16, the couple’s photos attracted millions of viewers.

Another couple in Ba Ria - Vung Tau province also followed this trend at a gas station. 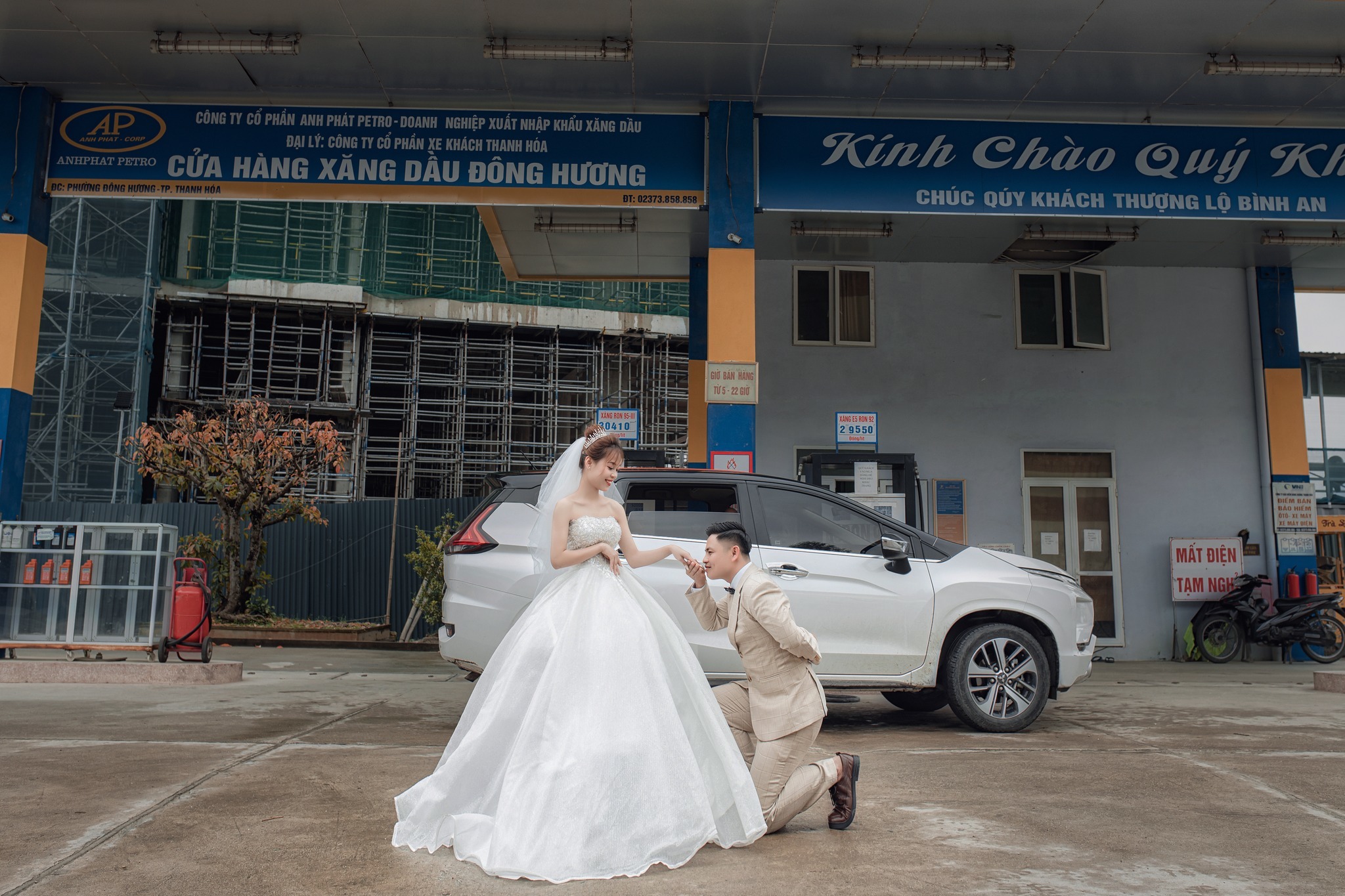 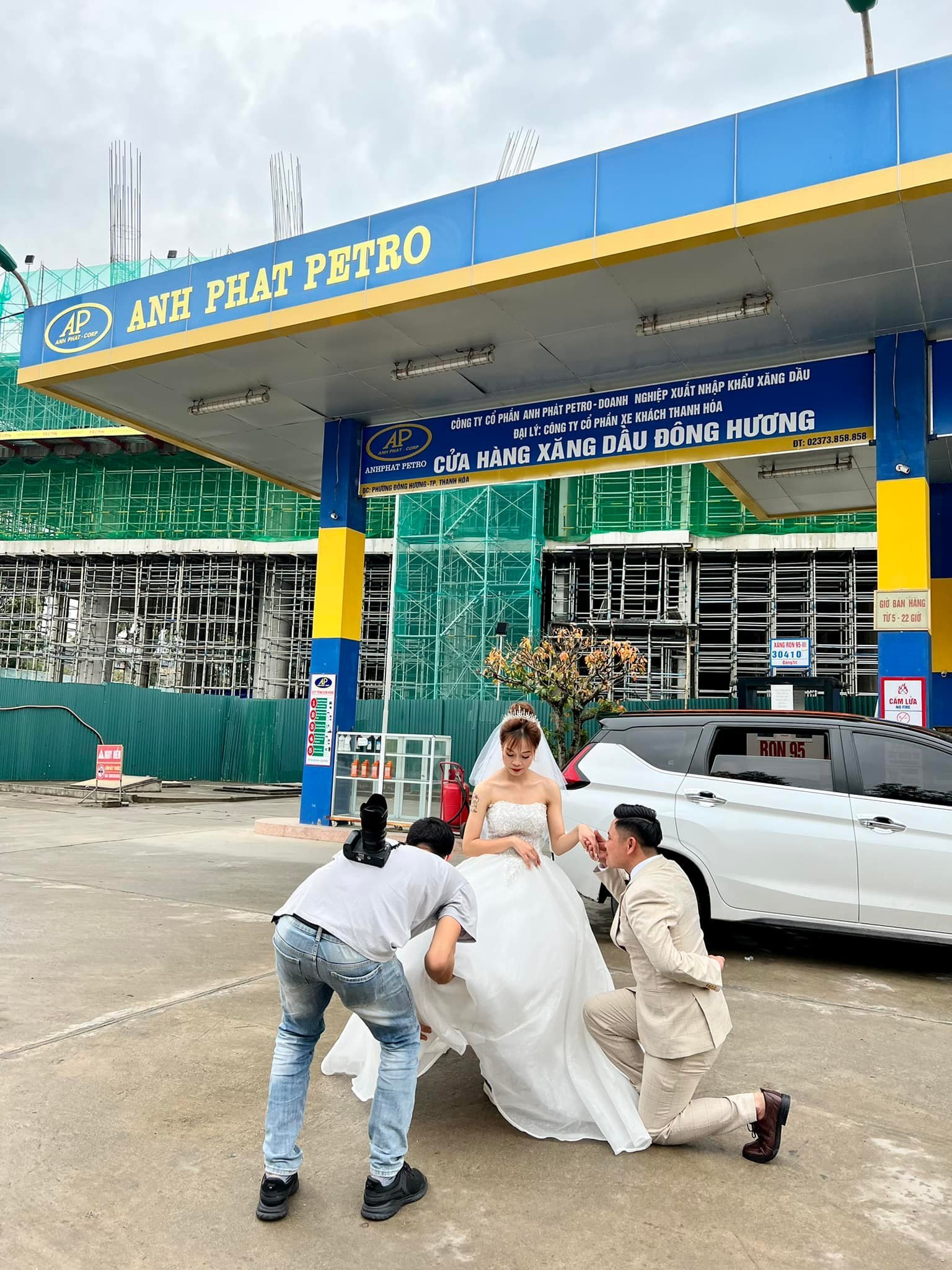 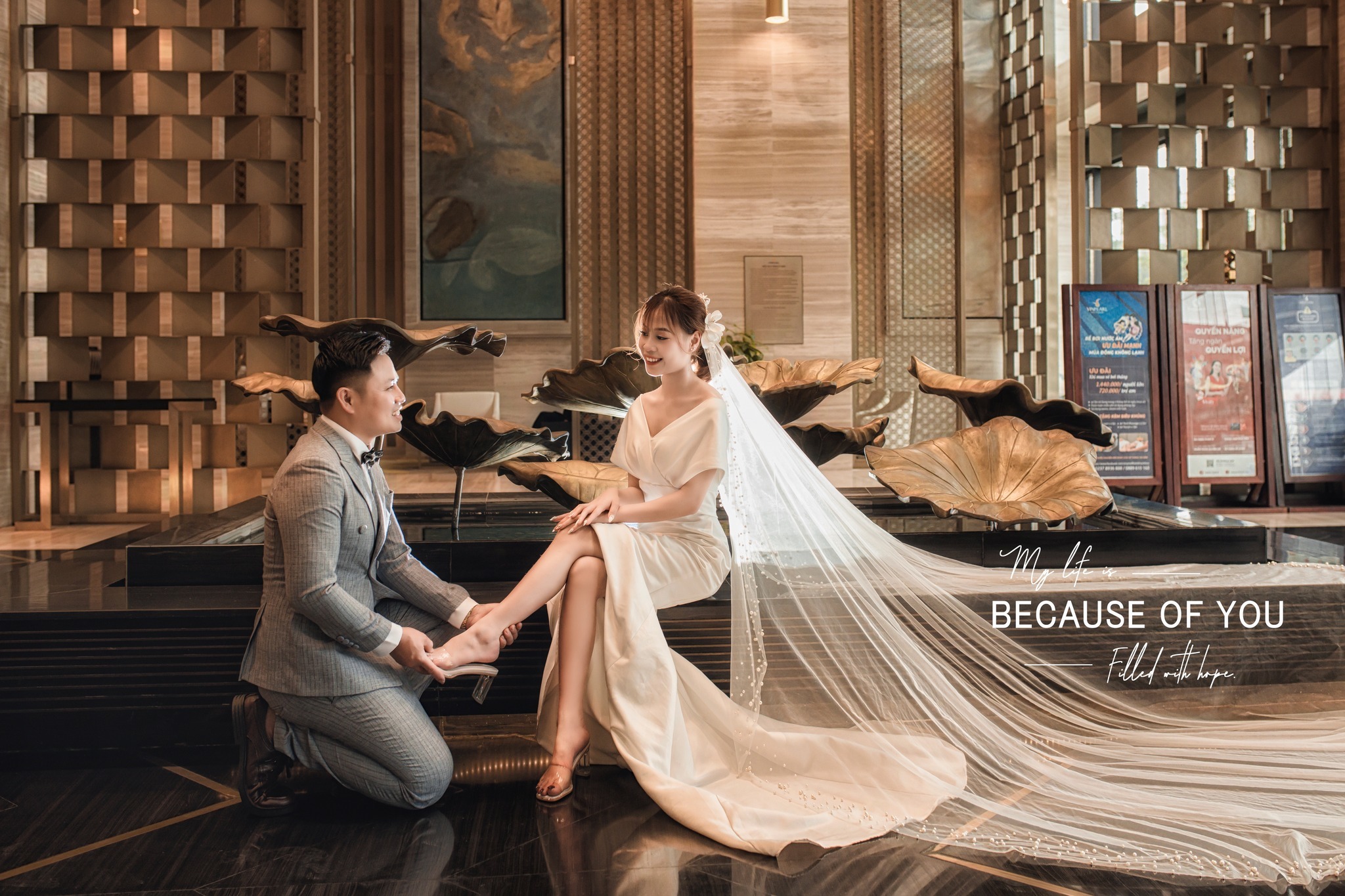 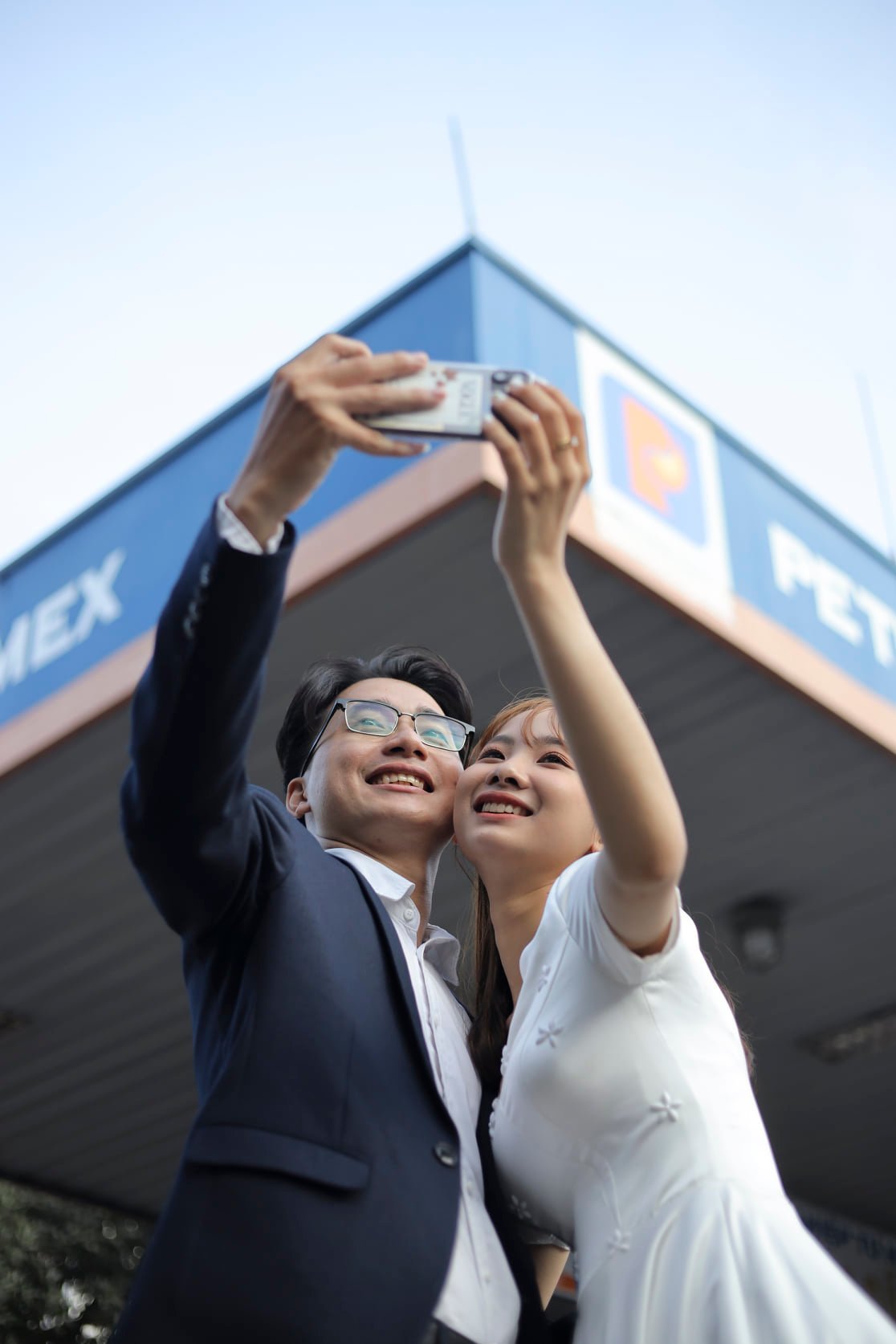 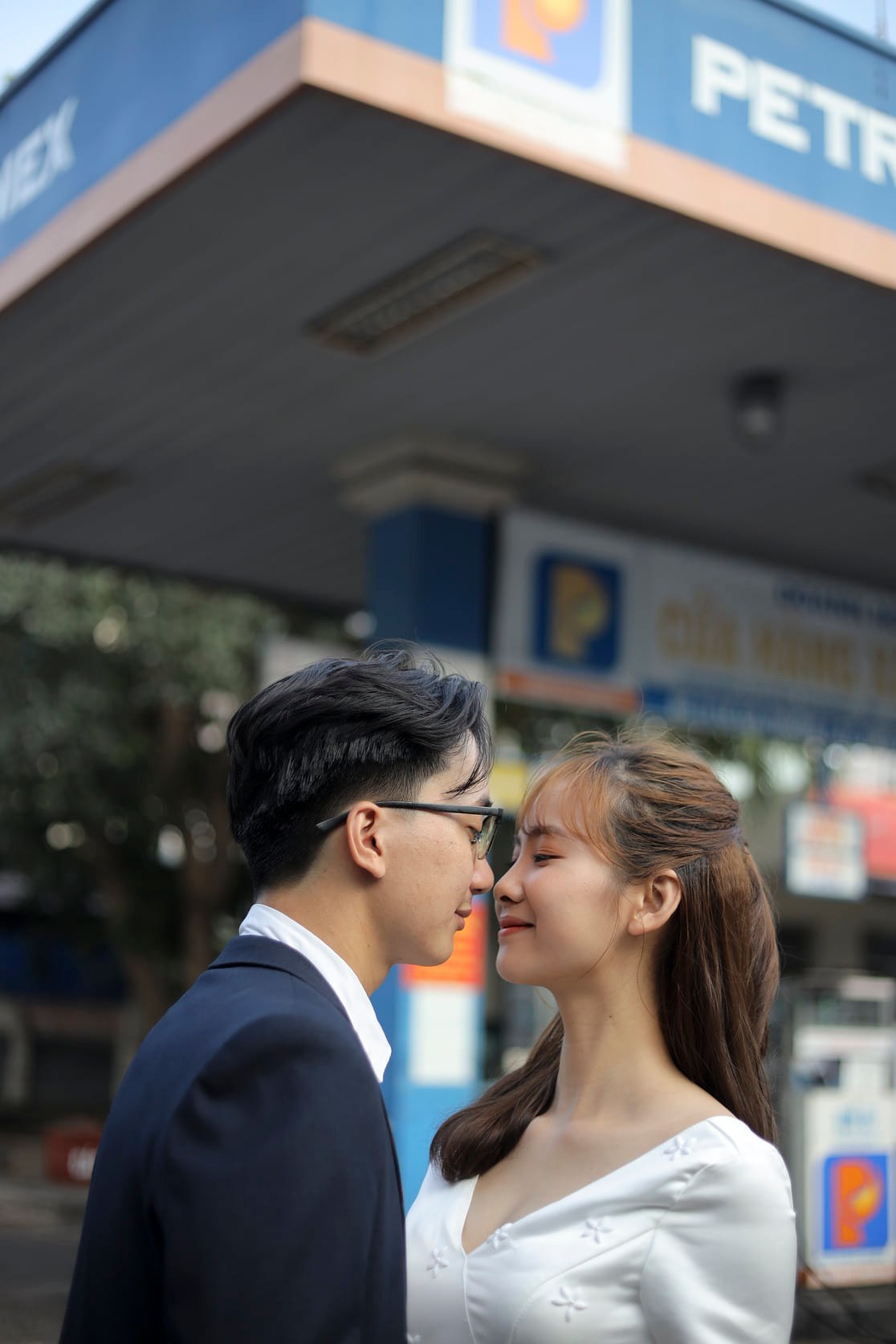 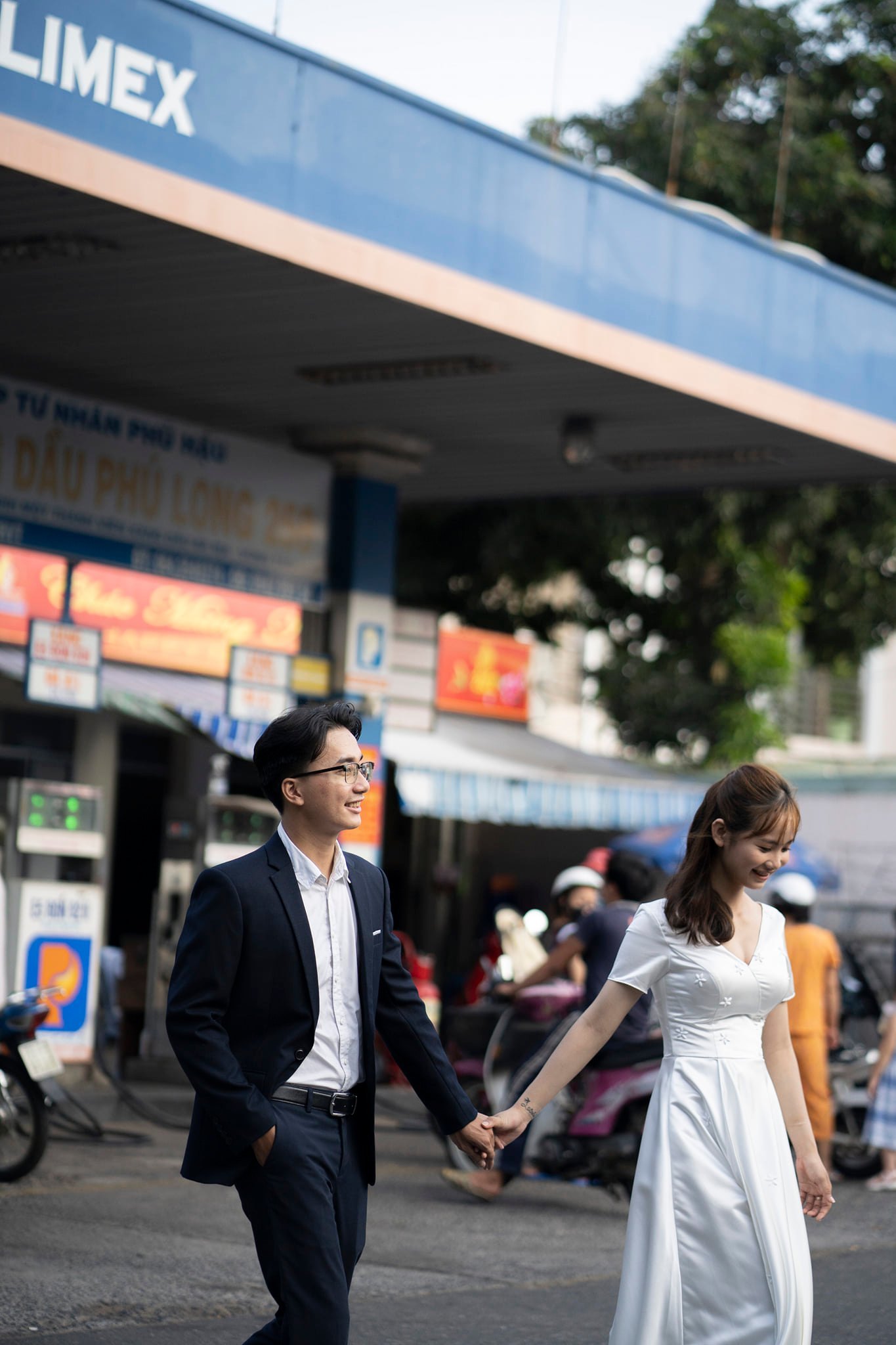 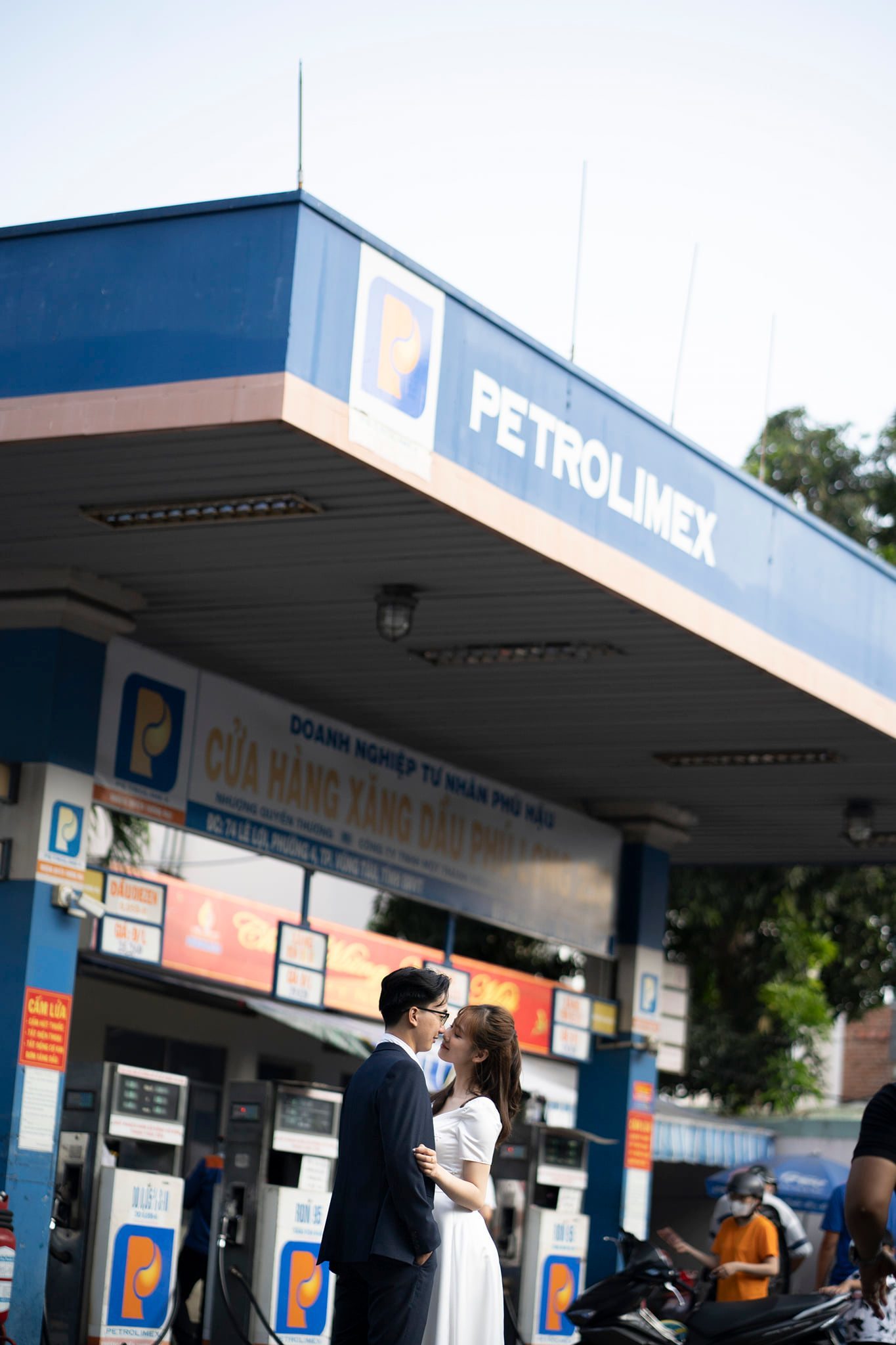 The wedding images that replicated an 80-90s setting for a 9X generation couple in Hanoi were all taken with a smartphone.