What airlines will farewell in Vietnam’s aviation market?

Bamboo Airways, which joined the domestic market in late 2018, has had a clash with Vietnam Airlines, the veteran.

A document obtained by Bamboo Airways shows that Vietnam Airlines has denounced the new industry player for scrambling to hire pilots. The former has offered to pay high wages to obtain pilots working for Vietnam Airlines and does not have to spend money to train the pilots. 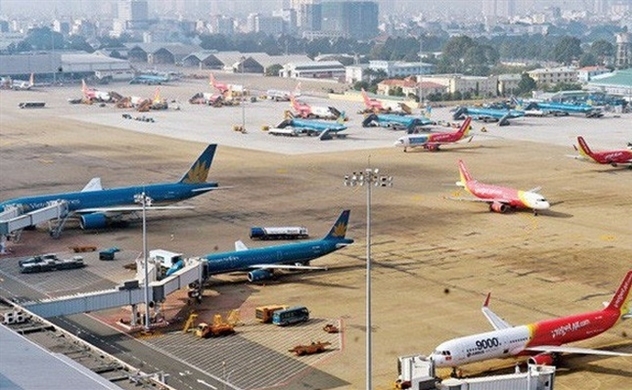 Analysts say the establishment of new air carriers is the main reason behind the battle for pilots. Vietnam Airlines has repeatedly complained that its pilots have left for other airlines which offer higher pay.

A well known Facebooker stated that he will break off with Bamboo after hearing that Dam Vinh Hung, a pop star, was chosen to become the brand ambassador of the air carrier. The Facebooker said the image of Hung won’t be suitable for a ‘civilized’ business.

Bamboo has denied this.

However, an analyst commented that in marketing, ill repute sometimes is associated with popularity. In this case, the airline might intend to use the image of the influencer, who is also well known for many scandals, to attract the public’s attention.

He said that in the technology era, there are many ways for Bamboo to catch the public’s attention. KFC is an example. The fast food company has said goodbye to old images and built up new images with digital influencers.

Bamboo, in order to compete with the big players in the market, needs something special to attract passengers. However, the airline, when showing images of officers, may not follow the same path as Vietjet Air.

After the image of Ngoc Trinh and famous female models in bikinis appeared in the Vietjet Air brand on mass media, the air carrier’s business performance thrived. The private airline quickly got 29 percent of aviation market share, and the figure rose to 40 percent after seven years of operation.

Before Vietjet joined the market, Vietnam Airlines controlled the aviation market with 70 percent of market share. However, Vietjet, with creative and daring marketing strategy, Vietjet made a big jump, surpassing Jetstar Pacific, which is an older airline.

The marketing strategy is so ‘famous’ that foreign media now call Vietjet Air the ‘bikini airline’ which helped it become well known in the world. With the ‘low cost carrier’ positioning, the airline attracts a high number of young passengers.

The strategy followed by Vietjet Air was applied successfully by Virgin Atlantic in the UK, which competed with British Airways.

Is Vietnam Airlines ready for non-stop flights to the US?