What can be done with 'bad' universities?

The plan on re-organizing pedagogical schools will be submitted to the PM by Q2, and the plan on dissolving and merging state-owned schools in Q3.

According to the Ministry of Education and Training (MOET), Vietnam had 235 universities and academies (170 state-owned, 60 private and 5 foreign owned) in 2017. There were 37 institutes licensed to produce PhDs, 32 pedagogical junior colleges (3-year training) and 2 intermediate pedagogical schools (2-year training). 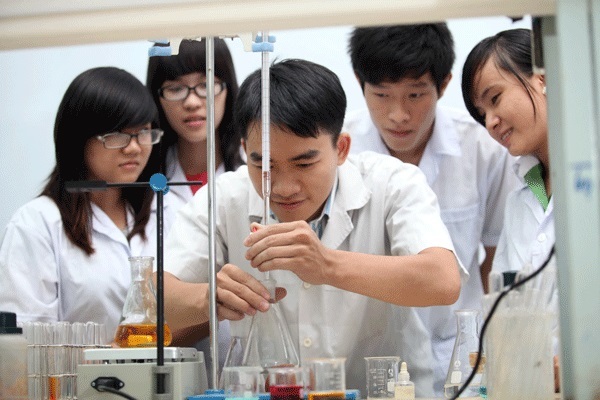 Experts have pointed out a series of problems in school network and training quality. There are too many schools, partially attributed to the upgrading of many junior colleges into universities within a short time.

The existence of too many schools puts a heavy burden on the state budget, and the best solution is merging the schools to form better schools.

Resolution No 19 of the Party Central Committee, when mentioning solutions to improve higher education, says that ineffective training establishments must be either dissolved or merged with other schools.

According to Hoang Minh Son, rector of the HCMC University of Science & Humanities, chair of the scientific research on re-organizing the tertiary education network in Vietnam, a high number of schools still have poor facilities and teaching staff, and the training quality is bad.

Many schools have small scale (less than 5,000 students) and micro scale (less than 2,000) and run ineffectively. “This is the result of the university boom, but the resources (material facilities and teaching staff) did not increase proportionally,” Son commented.

Experts pointed out that it would be difficult to dissolve state owned units, therefore, merging schools is a more feasible solution. Small weak schools may become branches of large universities, or several schools would be merged to firm a larger school.

However, to date, there has been no official document that guides mergers.

Meanwhile, there are a lot of issues to be dealt with when merging schools, including staff, standardization process, salaries and facilities.

The management board of substandard schools will, together with governing bodies, build plans to restructure schools to improve their operation.

Substandard schools will not be forced to dissolve or merge with other schools immediately.