What if the US no longer considers Vietnam a ‘developing country’?

The US on February 10 announced the decision to remove Vietnam from the list of developing countries.

Le Trieu Dung, director of the Trade Remedies Agency under the Ministry of Industry and Trade (MOIT), on February 21 told VnExpress that the move ‘won’t have a big impact’ on Vietnam’s economy. 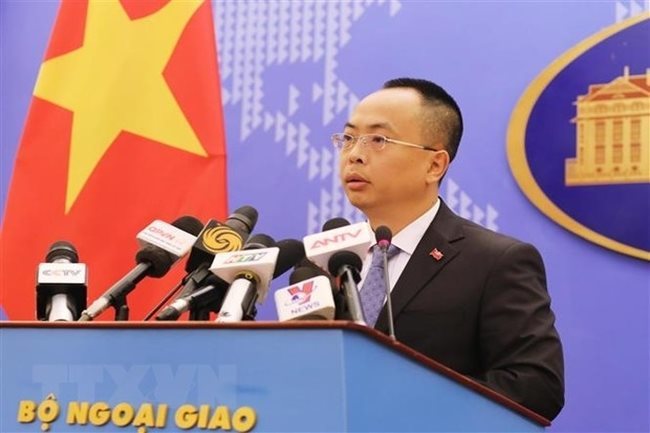 In order to be considered as a developing country, according to the US approach, the trade share must be lower than 0.5 percent of the world’s total trade.

Meanwhile, according to the WTO’s data, Vietnam’s total export and import turnover in 2018 was $242.6 billion and $235.5 billion, respectively, accounting for 1.3 percent and 1.19 percent of the world’s trade.

“Therefore, Vietnam and many other countries are not listed among developing countries,” he explained.

However, he affirmed that the change won’t have impact on Vietnam in reality.

Regarding the anti-countervailing investigation, under the WTO rules, governments have to stop the investigations if the subsidy margin is negligible, below 1 percent of total goods value. The figure is less than 2 percent for developing countries.

However, according to Dung, in the last seven anti-subsidy investigations, the US all concluded that Vietnam provided subsidy and the subsidy margin was higher than 2 percent.

In long term, when the anti-subsidy investigations increase, the new policy will have certain impact on Vietnam, if there is the case with the subsidy margin of below 2 percent. In this case, Vietnam will still bear anti-countervailing duty as it is no longer considered a developing country.

Most-favored-nation treatment (MFN) is the basic principle in WTO’s international trade, whereby a member country must be given the same treatment as all other WTO members, regardless of developed countries or developing countries.

Developed countries offer developing and underdeveloped countries flexible conditions, including GSP (Generalized System of Preferences). Also, developing countries enjoy the exemption from the anti-countervailing or anti-dumping duties if their export volumes are small or their subsidies are inconsiderable.

The Trump’m administration wants to stop the special preferences offered to some countries in other groups, such as G20, OECD or countries listed by the World Bank as having high incomes.

Vietnamese agencies are keeping a close watch to give timely warnings and recommendations.

The Ministry of Foreign Affairs deputy spokesman Doan Khac Viet on February 22 said Vietnam will maintain dialogue and coordinate activities with the US to boost bilateral trade.

Vietnam on US watchlist for currency manipulation

Vietnam is one of 10 countries in the latest watchlist for currency manipulation released by the US Treasury Department.