In Vinh Phuc province, many IZs are nearly fully occupied, even though Vinh Phuc’s leaders reject projects that may cause environmental pollution. 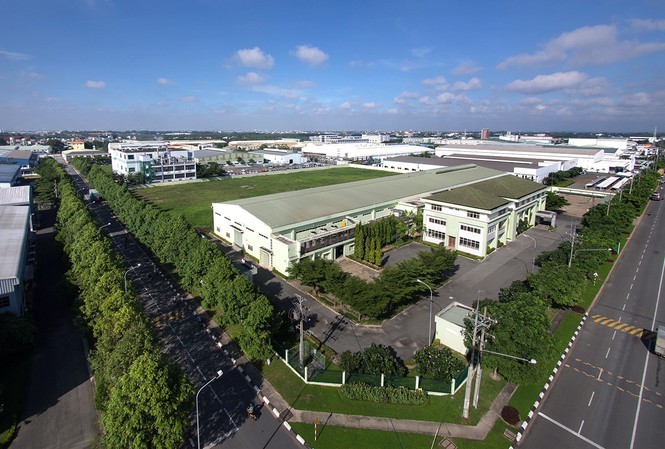 The Vietnam-Singapore IZ in Binh Duong

In 1997, Vinh Phuc only had one IZ, Kim Hoa, with the area of 50 hectares. To date, 18 IZs in the province with total area of 5,228 hectares have been approved by the Prime Minister.

In the first six months of the year, the Vinh Phuc IZ Board of Management granted new investment certificates to 12 projects, despite Covid-19, and certificates on capital adjustment to 22 projects.

The newly registered projects were in the fields of electronics and car parts manufacturing. Vinh Phuc is one of the first provinces in the country that said ‘no’ to projects in polluting fields such as dyeing and weaving.

Analysts point out that in the past, the investment of IZs was decided by local authorities, which resulted in an ‘IZ rush’, i.e. local authorities tried to establish as many IZs as possible in their policies, without consideration of investment efficiency.

An official of the Ministry of Planning and Investment (MPI) admitted that projects with fabricated attractive figures would easily get approval.

One of the first IZs of this kind was the $1.5 billion VSIP I in Binh Duong province. It was developed by a joint venture between Singaporean Sembcorp Industries and Vietnamese Becamex IDC.

Covering an area of 500 hectares, the IZ is fully occupied with 231 investment projects capitalized at $3.2 billion in total. Encouraging investments in hi-tech environmentally-friendly fields, such as electronic component manufacturing and precise mechanics, it attracts investors from the US, South Korea and Japan. The IZ has created 95,000 jobs.

Many private investors have poured money into IZ projects after hearing about the new FDI wave, in which foreign investors want to relocate their production bases out of China.

Tan Thanh Long An and Sang Tao Viet Nam last May kicked off construction of Viet Phat IZ with 1,800 hectares in Long An province, 59 kilometers from the HCM City center.