What will happen if Vietnam reduces tariffs on American farm imports?

The US has proposed to reduce the import tax on some of its agricultural products, including chicken, some fruits, wheat, potato, pork and dairy products.

If Vietnam accepts the proposals, which would start in 2020 and fall to zero percent eventually, Vietnamese consumers would be able to buy American farm produce at prices much lower than they are now. 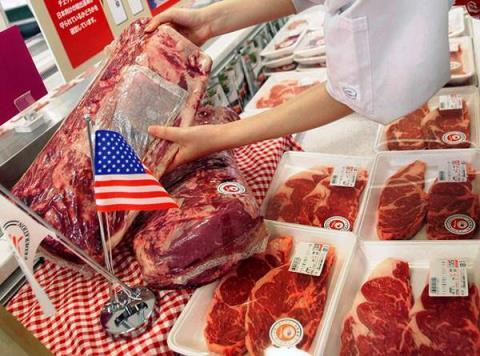 Analysts say that the US has reasons to ask Vietnam to slash import tariffs on its farm produce. The prolonged US-China trade war has put American farmers in a difficult situation as their farm produce cannot enter China as easily as before.

In such conditions, seeking alternative markets is a good solution. Vietnam, with nearly 100 million consumers who often prefer imports to domestic products, is a good market for the US.

Meanwhile, Vietnam is lacking meat. The African Swine Fever (ASF) epidemic has caused a pork shortage and pushed pork prices up. Ministries are considering importing pork to ease the shortage.

Analysts said the US has taken a wise move when asking Vietnam to reduce tariffs.

The Ministry of Finance (MOF) is consulting with relevant ministries and branches on a plan to amend Decree 125 on preferential import/export tariffs, related to the proposal.

MOF thinks that Vietnam can cut the tariffs, but with some differences compared with the US-proposed plan.

The tariff on chicken may be reduced to 18 percent (higher than the 14.5 percent proposed by the US), which is equal to the reduction for the first year in CPTPP.

As for apples and grapes, the tariff is likely to be cut to 8 percent. The import tax on wheat may be lowered to 8 percent, potatoes 12 percent and pork 22 percent.

Vietnam has had a surplus in trade with the US since 1997. The trade surplus reached $35 billion in 2018. Vietnam has many times expressed the view that it will increase imports from the US to help balance two-way trade.

Experts have expressed their worry about the taiff cuts. The most worrying is that some of the items such as pork and chicken are less competitive than US products. If Vietnam cuts the tariff, this would put pressure on Vietnam’s livestock industry.

To make their produce competitive in the regional market, farmers in the Mekong Delta’s southeastern provinces have created brands for them and adopted new technologies.

The rapid growth of the swift-breeding industry across the country could lead to negative effects if there is no long-term development plan, according to Ha Thuy Hanh, deputy director of the National Agriculture Extension.