GM said it will stop assembling Chevrolets in Thailand and sell its factory to Great Wall Motors (GWM) from China. 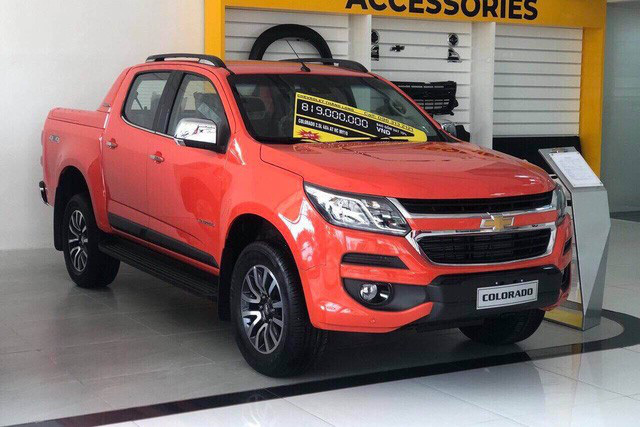 GM’s Andy Dunstan said the group has made a decision because of the lackluster sales in Thailand and exports.

Tri Thuc Tre in mid-February quoted its sources as reporting that the shutdown of the factory in Thailand would have big impact on the export of Chevrolets to regional countries, including Vietnam.

In Vietnam, VinFast is the distributor of Chevrolet cars after the transfer deal in 2018. There are two possible scenarios after the GM’s factory in Thailand shuts down. VinFast will have to stop distributing Chevrolet products, or the products will be imported from other countries.

In the second case, if VinFast wants to continue enjoying preferential tariffs to keep the selling prices competitive, it will have to import products from ASEAN countries. However, the factory in Thailand is the only GM facility which has export capability.

GWM affirmed that it will be in the ASEAN market and Australia, but bringing cars to Vietnam is not likely to happen. If VinFast imports from a non-ASEAN country, the import tariff will be much higher, which makes the selling prices less competitive.

Tri Thuc Tre commented that Chevrolet is not the only brand that VinFast is managing. The Vietnamese automobile manufacturer is developing its new products. In general, importing Chevrolets from non-ASEAN markets will be impossible.

The sales of Chevrolets have decreased sharply recently. In 2019, only 2,657 cars were sold, while the figure was 12,334 in 2018. The market share of Chevrolet in VAMA (Vietnam Automobile Manufacturers’ Association) has dropped from 4.5 percent to 0.9 percent, the sharpest decline in 2019.

Because of the low turnover, many Chevorlet models have been declared dead. Captiva, Orlando and Cruze are among them.

GM’s business has experienced a slump throughout ASEAN. The situation is bad not only in Thailand and Vietnam, but in Indonesia as well. In October 2019, GM said it would leave the market by March 2020 because of unsatisfactory sales.

Meanwhile, VinFast affirmed that the GM’s departure from Thailand won’t affect VinFast’s Chevrolet sale in Vietnam, because VinFast is working with global GM.