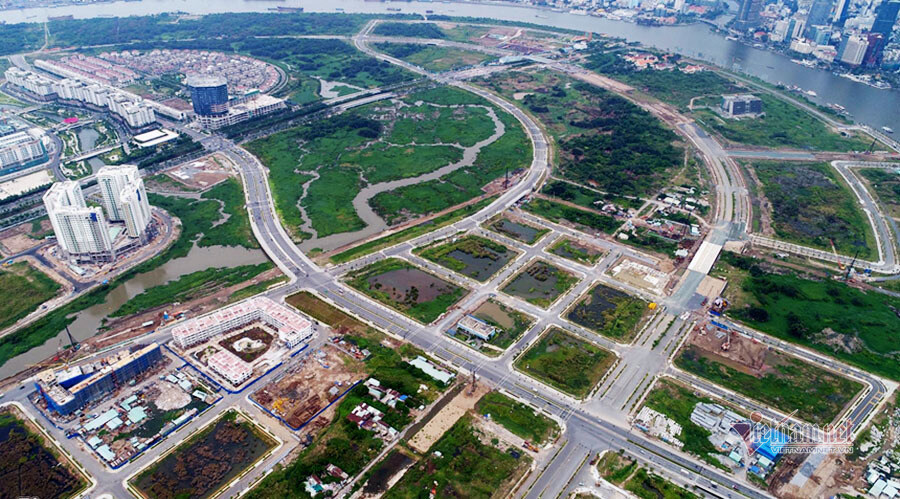 On January 11, Tan Hoang Minh issued a press release, saying that it will send an official document to HCMC People’s Committee, Land Bank Development Center and HCMC Property Auction Service Center about its decision on unilaterally terminating the contract on the purchase of the 3-12 land plot.

The contract was signed on December 17, 2021, or one working week after the auction day (December 10, 2021). During the auction four land plots were sold.

This means that if Tan Hoang Minh cancels the purchase of the land, it will lose the deposit of nearly VND600 billion.

A question has been raised about the ‘fate’ of the land plot, called ‘golden land’ because of its advantageous position. Some people said the land may fall into the hands of the business with the second highest bidding price at the auction.

The auction session was described as ‘dramatic’. The 3-12 land plot has an area of 10,059 sqm and the starting price of VND2.942 trillion, the largest among the four land plots put into auction, so it attracted a lot of bidders.

At the 69th bid, Capital One Financial offered VND23.8 trillion for the land plot. At the 70th bid, Ngoi Sao Viet (the subsidiary of Tan Hoang Minh) offered VND24.5 trillion, or VND700 billion higher, in an effort to acquire land.

The price was 8.3 times higher than the starting price and each sq m of the land plot is worth VND2.4 billion.

Do Anh Dung, Chair of Tan Hoang Minh, in a letter to press agencies, recalling the auction, wrote that some investors bid the price of VND20 trillion and then gave up.

“There were only two investors left, a foreign company and Ngoi Sao Viet. If I had given up too, the land would have fallen into the hands of the foreign company. With national pride, I finally bid the price higher by 3 percent (VND700 billion) to acquire the land,” he wrote.

The foreign company that Dung mentioned is Capital One Financial with head office at Trade Center 37 Ton Duc Thang in district 1.

The company was established in 2018 with charter capital of VND1.5 trillion. There are three major shareholders, who are holding 26.7 percent, 33.3 percent and 40 percent of shares.

Lawyer Nguyen Huu Toai from Hung Dong Law Firm, citing Article 52 of the Law on Property Auction, affirmed that the auction failed and another auction needs to be organized to find buyers.