When Vietnam has to import farm produce 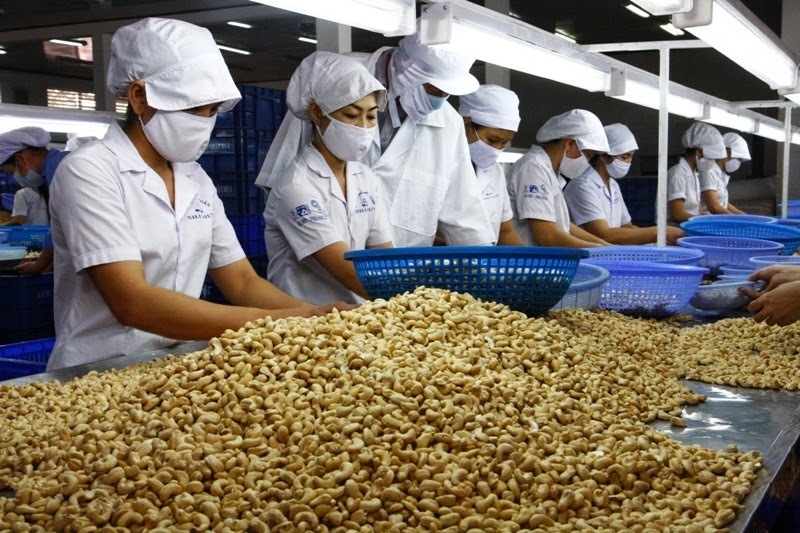 The latest report from the Ministry of Agriculture and Rural Development (MARD) showed that total import turnover of farm, forestry and seafood produce reached $39.2 billion in the first 11 months of the year, an increase of 39 percent over the same period last year. This is the year with the highest import turnover so far.

Of this, farm imports were valued at $24.9 billion, an increase of 54.2 percent. Except for livestock products, which did not see increased import turnover, other products saw significant increases: seafood produce $1.8 billion, up by 11 percent, forestry $2.88 billion, up by 18.6 percent, and input materials for domestic production, up by 33.6 percent.

As of mid-December, Vietnam had spent $4.119 million to import 2.83 million tons of raw cashew nuts, the highest level in history.

While imports soared, exports only brought turnover of $3.5 billion. This was the first time cashew imports exceeded exports in the last 30 years.

Prior to that, in 2019 and earlier, India’s exports to Vietnam were modest, from 500 tons to several thousands of tons.

Rice experts said as Indian rice is cheaper than Vietnam, businesses increased imports to make processed products and for use in the livestock industry.

The Vietnam Pepper Association (VPA) reported that Vietnamese pepper imports from Cambodia in the first 11 months of the year soared by 111 percent over the same period last year.

VPA former Chair Nguyen Nam Hai said about 30,000 tons of pepper are imported from Cambodia to Vietnam, mostly via border gates. Cambodians have exported pepper to Vietnam through official channels over the last two years because of Covid-19. Vietnam imports pepper to process products for export.

The General Department of Customs said Vietnam’s imports and exports recovered strongly in November 2021, reaching the highest number so far – over $30 billion - a new milestone.

Vietnam will have many more opportunities to export fruit and vegetables to potential markets in 2022, providing local producers meet international standards on quality and management of growing regions.