At the government’s November regular press conference, the local press raised questions about the tax and fee policies, saying that automobile manufacturers complain about current policies put difficulties for them to compete with imports and increase the localization ratio. 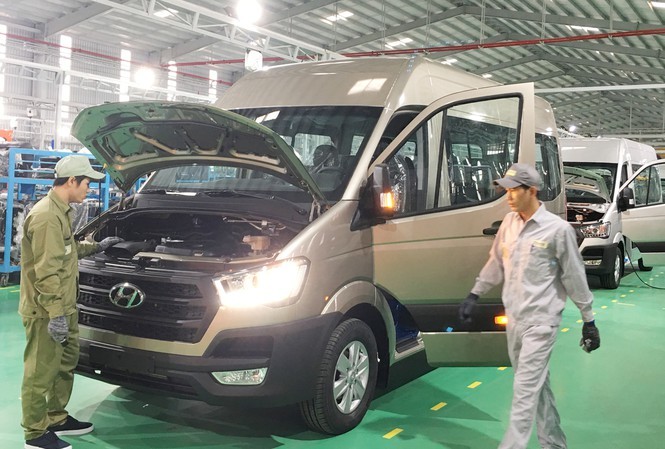 Deputy Minister of Industry and Trade Do Thang Hai said the car prices in Vietnam are higher than inother countries because the domestic production cost is higher. The high taxes and fees also push the prices up.

For domestic automobile manufacturers and assemblers, the production cost is high because of the small scale of the domestic market. Moreover, the automobile industry has to compete with other rivals in the region and the world, such as China, Japan, South Korea, India and ASEAN countries.

Another reason cited by Hai is that Vietnam still doesn’t have many manufacturers of the region’s and the world’s stature. As foreign invested enterprises tend to use car parts made by enterprises from the same countries, there is a lack in the connection between foreign invested and Vietnamese enterprises.

Vietnam also lacks major materials, such as plastics and rubber, to manufacture cars. It has to import materials. This makes the production cost higher.

The car bears the tax of VND460 million, including 40 percent of luxury tax and 10 percent of VAT, which is equal to 50 percent of the production cost of the car. As such, the final price of the car would be VND1.392 billion, not including amortization fee, financial and investment costs, and profit for manufacturers.

At present, the manufacturer sells the car at VND1.099 billion, which means that it incurs a loss of VND300 million for every car sold.

Hai said the Government will protect and develop the domestic automobile industry with technical barriers which come in line with international commitments.

Under the current Decree 125, manufacturers enjoy a zero percent tariff for five years for car parts which cannot be made domestically.