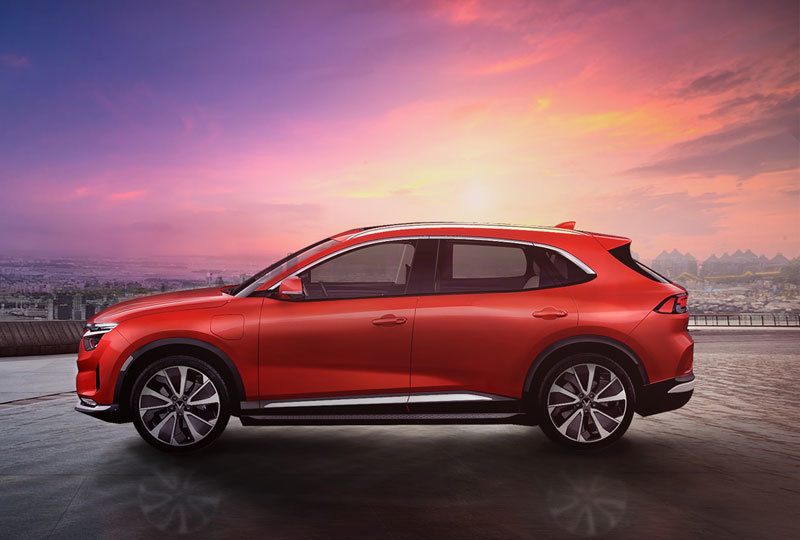 The Vietnamese electric car market, which began developing several years ago, is expected to warm up in the time to come with the presence of VinFast.

The rapid increase in the number of cars will lead to a high volume of emissions which will pollute the environment. Electric cars will be a good solution, especially in large crowded cities.

Three years ago, Mitsubishi Vietnam launched two models – iMIEV and Outlander PHEV. The former used 100 percent electricity, while the latter was a hybrid, using both petrol and electricity. With a full battery, the car could run 60 kilometers.

However, they didn't sell well.

Porsche Vietnam in October 2020 distributed the electric Taycan model with three versions – Taycan 4S, Turbo and Turbo S. However, only two products were brought to Vietnam and shown at the product introduction ceremony.

Fuso, a brand of German Diamler, once had a plan to bring electric vans to Vietnam in 2019, but that has not occurred.

A survey by Frost & Sullivan, in Southeast Asia, including Indonesia, Thailand, Malaysia, Vietnam and the Philippines, high prices are not the reason behind the modest sales of electric cars. The problem is that consumers have worries about the way the vehicles operate and about infrastructure quality.

Nguyen Minh Dong, an automobile expert, said the biggest disadvantage of electric cars is that they cannot go far. The best models go 400 kilometers at maximum. Meanwhile, it takes a long time to recharge cars.

In general, the current battery technology cannot satisfy the requirements on travel distance and cost optimization. And the currently used liquid batteries pose high risks of explosion and fire.

To successfully commercialize electric cars, it is necessary to improve the energy storage capacity to allow longer travel distance after each recharge and shorter recharging times.

The second problem lies in infrastructure conditions. There should be many fast recharging stations everywhere. But this has not occurred. Electric cars remain uncommon and are just considered vehicles that serve short-distance travel.

A businessman in Hanoi said he flew to the US in early 2018 to import the Tesla Model 3 to distribute in Vietnam. One car has the starting price of $35,000 and import tax of 70 percent, a luxury tax of 15 percent and VAT of 10 percent, so the selling price would be VND2 billion. The price level is not much higher than some CBU (complete built unit) petrol-run imports in the same segment.

However, what concerned him was the poor infrastructure conditions in Vietnam and the lack of recharging stations. Finally, he gave up his intention to distribute electric cars.

He said that Tesla 3 can travel up to 300 kilometers, which is the distance from Hanoi to Vinh City. If drivers stop to recharge the car at a café or restaurant on the way, they will have to wait too long.

Automobile manufacturers can see the problem and they have tried to develop infrastructure. VinFast is joining forces with petrol retailers and some large cities to develop networks of recharging stations.

The stations would be set up at parking lots, convenience stores, basements of apartment buildings, schools, dormitories and filling stations. Drivers would just need to spend 15-30 minutes to recharge their cars.