Where have $20 billion worth of Chinese imports gone? 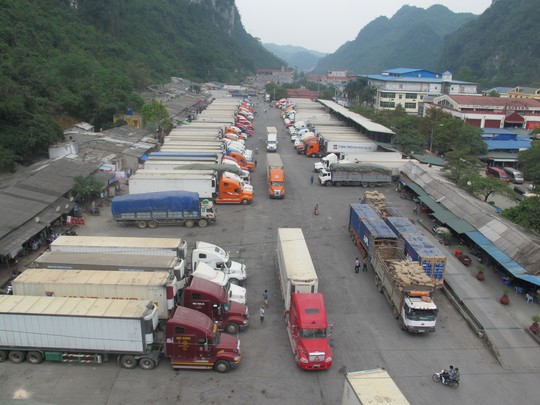 However, the Vietnam Economics Institute quoted Chinese statistics agency as saying that the trade deficit in 2014 was $43.8 billion, or $20 billion higher than the figure released by Vietnam.

The statistics released by Chinese agencies showed Vietnam’s trade deficit record high in 2014 which was 2.5 times higher than that of two years before, not just 77 percent higher as reported by Vietnam’s GSO.

And if Vietnam really imported $63.8 billion worth of products as said by Chinese agencies, the imports from China accounted for 43 percent of Vietnam’s total import turnover, not 29 percent as reported by Vietnam’s GSO.

Dr. Tran Dinh Thien, head of the Economics Institute, noted that there had always been a big gap in the statistics released by Vietnamese and Chinese agencies. However, the $20 billion gap reported for 2014 had never been seen before.

Nguyen Mai, chair of the Foreign Invested Enterprises’ Association, noted that the differences might be caused by different calculation methods. However, this showed that a high amount of smuggled goods penetrated the Vietnamese market.

The WTO Center, an arm of the Vietnam Chamber of Commerce and Industry (VCCI), in a report released recently showed that trade with China makes up 24 percent of South Korea’s total trade and 40 percent of Taiwan. However, both South Korea and Taiwan, which have powerful economies, are not affected by this high level of trade with China.

Meanwhile, the story is quite different for Vietnam. With low competitiveness, the country will bear significant influences from a market which accounts for 20 percent of its total trade.

Vietnam has been trying every possible way to ease reliance on imports from China over the last 14 years. However, this appears to be an impossible mission. While Vietnam mostly exports farm produce, it imports more valuable products such as steel, machines and input materials.

Regarding the gap in statistics about Vietnam’s trade deficit, the WTO Center said it showed the complex situation related to smuggled imports and exports.