Wistron, one of the partners that make products for Apple, has announced a plan to relocate 50 percent of its production capacity out of China within one year. 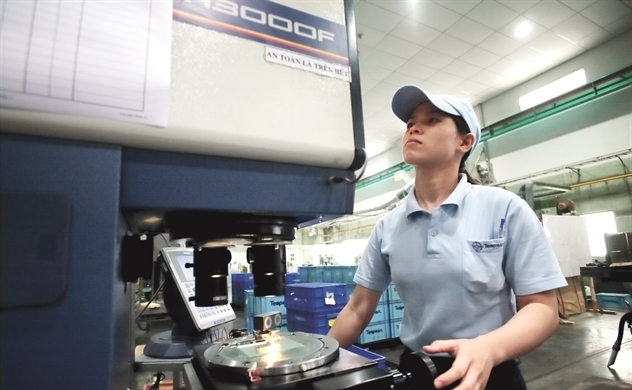 The move by Wistron and many other manufacturers shows that more and more foreign investors want to leave China in a movement which began when the US-China trade war broke out.

A report of the US Chamber of Commerce released in 2019 showed that one-third of US companies plan to cancel or postpone investments in China, and 40 percent said they would relocate a part or entire production capacity out of China. The new destinations under consideration are Southeast Asia and Mexico.

The General Statistics Office (GSO) earlier this year predicted that if Covid-19 did not break out, Vietnam would attract $39.6 billion worth of FDI. However, things have been upset by the epidemic.

Vietnam tops the list of new destinations chosen by 42.3 percent of 122 polled Japanese enterprises. The others include Thailand (20.6 percent), the Philippines (18.6 percent) and Indonesia (16.5 percent), according to Chief Representative of Jetro Hanoi Takeo Nakjima.

He said Japanese left China not just because they want to avoid the trade war, but also to avoid increasingly high costs in the country.

Covid-19 is expected to help Vietnam receive more FDI projects because the fear of coronavirus will prompt investors to consider shifting capital flows.

Meanwhile, Vietnam has been praised by the international community in fighting against the epidemic.

“The positive influences will occur in medium term. In general, FDI to Vietnam would still increase by 5 percent this year, or 2.2 percent lower than the last year,” said Can Van Luc, chief economist of BIDV.

In the long term, KBS Vietnam believes that Vietnam will still be attractive to foreign investors thanks to low-cost labor force, stable macroeconomy and improved business environment.

The operation costs in Vietnam are cheaper than in other ASEAN countries. The stable local currency is also a plus factor which helps Vietnam be more attractive in the eyes of foreign investors. The investors are always interested in the exchange rate because they want to transfer profits abroad.

Since national reunification in 1975, Vietnam’s economy has grown from strength to strength. Senior economist Nguyen Mai writes about how the economy has developed in that time, with foreign direct investment serving as one of the key driving forces.