While roads get overloaded, railways and waterways sit largely idle

VietNamNet Bridge – While the crumbling roads of Vietnam must bear the burden of high traffic and excessive loads, railways and waterways go largely under utilized.

VietNamNet Bridge – While the crumbling roads of Vietnam must bear the burden of high traffic and excessive loads, railways and waterways go largely under utilized. 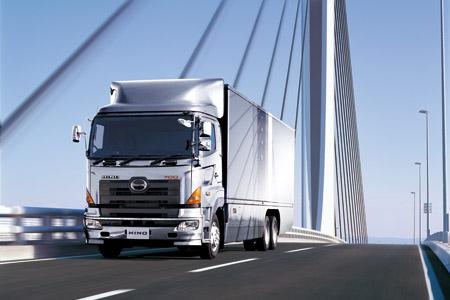 According to Bui Danh Lien, Chair of the Hanoi Transport Association, at least 50 percent of the total of transported goods is carried by land. Meanwhile, two percent is carried by railway and 30 percent of goods, mostly imports and exports, by sea.

Lien noted that the majority of goods owners still prefer road transport, even though the transport fees increased sharply after the Ministry of Transport began tightening inspections of the loads of trucks rolling on the highways.

In principle, it is cheapest to have goods carried by sea transport. However, it is also the slowest, taking many days to carry goods to destination points. Goods owners generally wish to see goods arrive as soon as possible.

Railway freight ratesare a little bit lower than road transport fees. However, when all factors are considered, including additional transport time, it actually costs enterprises more to have goods carried by rail.

While the road transport fee is the highest, it remains the most favored by goods owners, because this can satisfy their requirements, especially in terms of delivery time. Goods owners can take the initiative with their production and business plans, because goods can be carried under all weather conditions.

A senior executive of a farm produce trading company said he never thinks of carrying goods by rail.“We have to have our goods delivered on time to ensure their freshness,” he said. “With the current procedure applied by Vietnam Railways, farm produce would rot before it arrived”.

Vietnam Railways has put into operation a cold container carriage, but the service cannot satisfy most customers’ requirements.

It takes 2 days and 3 nights to carry farm and seafood produce by land from southern provinces to Lang Son Province in the north. Meanwhile, it takes 6-7 days to carry products by rail from Song Than Railway Station in Binh Duong Province to Giap Bat Station in Hanoi. Moreover, goods owners must pay more money to transport goods by rail from Hanoi to Lang Son.

Dang Quoc Hung, Director of Kim Boi Wooden Furniture Company, affirmed that he would rather pay more to have his goods carried by land.“I never think of railways as a good means of transport. It is too costly in terms of both money and time,” he said.

Meanwhile, Do Duy Thai from Viet Steel complained that the company has had to raise its selling prices in some distant markets, because the road transport fee has increased by twofold since April.