Who does Vietnam want to sell SOE shares to?

VietNamNet Bridge - Most state-owned enterprises (SOEs) operate in the pivotal business fields of the national economy. Therefore, experts say, Vietnam needs to be careful when choosing new owners for the enterprises.

VietNamNet Bridge - Most state-owned enterprises (SOEs) operate in the pivotal business fields of the national economy. Therefore, experts say, Vietnam needs to be careful when choosing new owners for the enterprises. 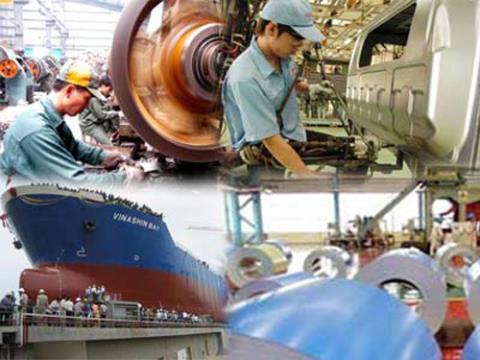 The government of Vietnam has conveyed a strong message that it welcomes foreign enterprises to make long-term investments in Vietnam and buy shares of the state-owned enterprises which are equitized.

It is foreseeable that Vietnam would fail to implement the plan on equitizing 432 SOEs in the 2014-2015 period.

Vietnam has run a series of investment promotion campaigns both in Vietnam and overseas in an effort to accelerate the SOE sales. Inviting foreign investors to buy an SOE stake is a solution.

An analyst commented that seeking buyers from foreign investors is a necessity. Hundreds of SOEs have been put up for sale, which means that Vietnam needs a huge number of investors who have enough money to buy all the shares. Meanwhile, domestic capital sources are clearly limited, which has prompted Vietnam to think of selling stake to foreign investors.

However, a question has been raised about whether foreign investors are interested in buying stakes in SOEs.

Nguyen Tri Hieu, a renowned economist, believes that SOE shares are not attractive in foreign investors’ eyes for several reasons.

First, Vietnam’s credit rating is low. All the three prestigious credit rating firms, namely Standard & Poor's (S&P), Fitch and Moody's, list Vietnam as a market they do not encourage investment in.

Second, in Vietnam, SOEs are believed to be ‘overindulged’ by the State, and therefore, have many problems. Though they take losses, they still get preferences from the State. As a result, they have been performing badly and always rely on the State’s support.

In other words, investors do not want to buy because of SOEs’ bad management.

He thinks the enterprises which export products and have income in foreign currencies would be more attractive than those selling products mostly in the domestic market.

Besides, the enterprises operating in important business fields of the national economy, such as healthcare, transport and telecommunications, will also attract foreign investors.

The analyst, agreeing with Hieu, noted that foreign investors would eye enterprises in these fields. Therefore, he said, Vietnam needs to be selective when choosing foreign investors, or the new owners of SOEs.

He believes that Vietnam has to accept to face risks selling shares to foreigners.

However, he believes that Vietnam still can choose reasonable investors if it wants to.