Who is allowed to export rice during the COVID-19 crisis?

The total amount of rice that Vietnamese exporters have to deliver to partners under contracts from now to the end of May is 1.385 million tons.

In the latest document to the government, the Ministry of Industry and Trade (MOIT) reported that after collecting rice for storage, Vietnam would have 800,000 tons of rice in April and May that could be exported. 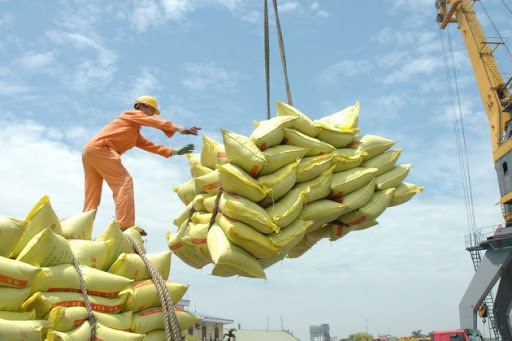 The ministry asked the government to resume rice exports, provided that the export volume will be controlled monthly. In the immediate time, it proposed to export 400,000 tons in April. Meanwhile, the export volume for May will be determined in the last week of April.

However, the problem is that the total amount of rice Vietnamese companies promised to export under the contracts they signed with partners until March 27 has reached 1.665 million. The companies include the members of the Vietnam Food Association (VFA) and non-VFA companies which MOIT requested to report.

Of this amount, at least 1.385 million tons will have to be delivered from now to the end of May.

So, a question has been raised about who will be allowed to export rice and who will have to wait.

In the past, rice exporters complained about the export quota allocation scheme, believing that there was discriminatory treatment among enterprises.

A director of a rice export company in Long An province suggested that in the immediate time, MOIT should allow contracts that have opened L/C (letter of credit) to ‘go ahead’.

The businessman went on to say that it’s necessary to help enterprises free their goods being stored at ports, because the long storage costs them a lot of money.

Vietnam began suspending rice export on March 25 as MOIT believes that rice should be kept for domestic consumption in the context of Covid-19.

As Vietnam left the rice export market, Thailand has become the only rice exporter and Thai businesses have pushed the export prices up.

Farmers and businesses in rural communes of Dien Ban Town in the central province of Quang Nam have been working to develop low-yield rice fields as the first ever sustainable source of organic rice in central Vietnam since 2017.