Who is the richest streamer in Vietnam?

The lavish wedding of Xemesis and his wife Xoai Non has been the focus of the Vietnamese gamer community. The bridegroom is believed to be the richest streamer in Vietnam.

The real name of Xemesis is Nghiem Anh Hieu, born in 1989 in the UK, lives and works in HCM City. 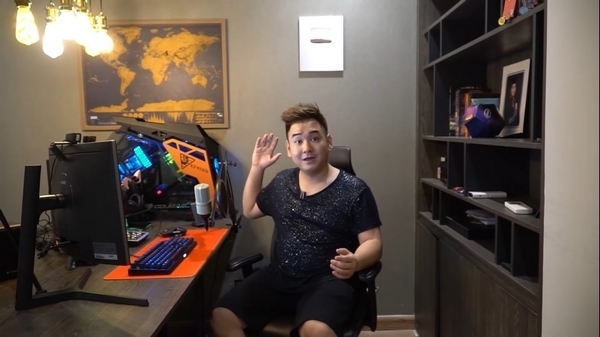 Returning to Vietnam after study in the UK, Xemesis did family business but he could not find passion in this. After trying out many fields, Xemesis realized that he liked playing games for others to watch and decided to become a streamer.

Three or four years ago, Xemesis got acquainted with PewPew, a well known stream, when livestreaming on TalkTV platform. After the platform shut down, Xemesis began establishing relations with ViruSs and Do Mixi, forming ‘Tu Hoang Streamer’ (four streamer kings), very famous in the streamer community.

Unlike other streamers, Xemesis wins the hearts of viewers with his way of speaking with a slight accent, very charming and sincere. Meanwhile, some analysts commented that Xemesis’ livestreams attract youth because they can find luxurious items in the house of the streamer, such as a collection of watches believed to be worth multi billions of dong and luxurious car.

He is believed to be the richest streamer in Vietnam, though he doesn’t livestream regularly and focuses on making his Vlog.

Xemesis once said on SaoStar that he likes to stream games play to seek joy and exchange with his fans, but he doesn’t try to make money by doing this.

The news website cited a report of Social Blade as reporting that more than 850,000 people have registered Xemesis’ YouTube channel.

At first, Xemesis only livestreamed on TalkTV and only began developing his YouTube channel recently, the number of registrations is lower than the other members of ‘Tu Hoang Streamer’.

Also according to Saostar, in one of his livestream, Do Mixi revealed the huge incomes of his colleagues and said the richest person in the Vietnamese streamers’ community is Xemesis.

Pham Thuy Trang is the real name of Xoai Non (young mango), the wife of Xemesis. The streamer met her wife in March 2019 and proposed marriage to Xoai Non, the girl 13 years younger than him, in September 2019.

However, they could only organize the wedding on November 14 when Xoai Non turned 18 years old, eligible for getting married.

Everything in the wedding was luxurious, from the super-car for the couple to the wedding dresses worth VND28 billion.

Of the four members of ‘Tu Hoang Streamer’, Do Mixi and Xemesis are married, while PewPew is his relation, and ViruSs has recently broken up with his longtime girlfriend, also a streamer.

Farmers livestream to sell oranges, tea around the globe

Within one hour, nearly 2,000 products were sold by last cam farmers. In the middle of the pandemic, Truong Thi Tam, a local seller, for the first time tried to sell her goods by livestreaming.