WHO to visit Vietnam to test homegrown Covid-19 vaccine

Covid-19 vaccine developer said it will conduct clinical trials on one million people in the north and the south in July. 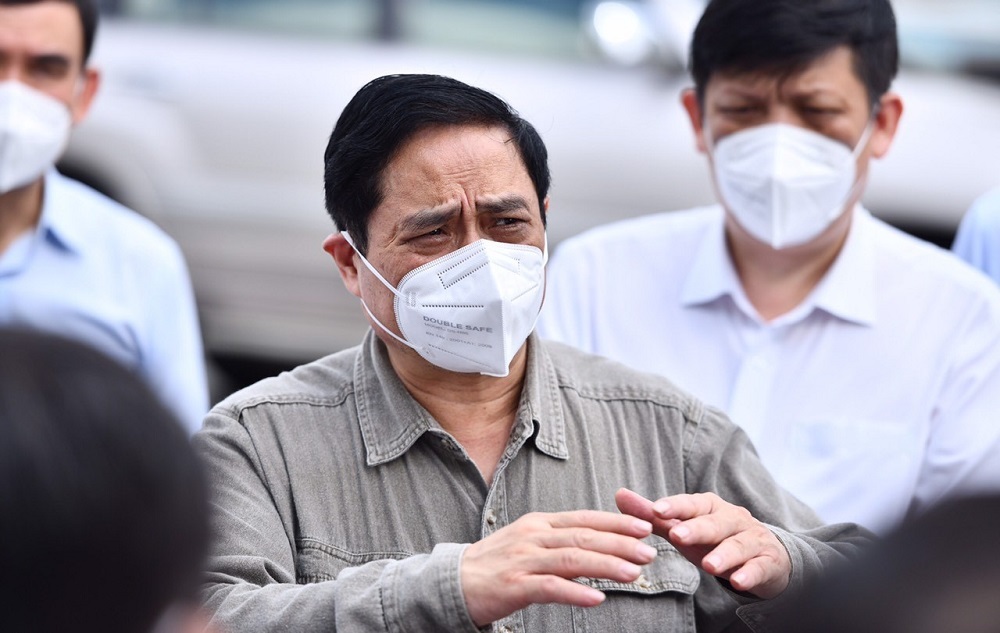 A delegation of the World Health Organization (WHO) experts will come to Vietnam in the next few days at the invitation of Prime Minister Pham Minh Chinh to check a locally-made Covid-19 vaccine candidate, which is in phase 3 clinical trials.

The WHO representatives will cooperate with the Ministry of Health (MoH) to give objective and helpful advice for the trials of the Nano Covax Covid-19 vaccine developed by Nanogen Pharmaceutical Biotechnology JSC (Nanogen).

At the meeting, Nanogen’s General Director Ho Nhan said the company will complete phase 3 clinical trials of Nano Covax on 13,000 people in the next 10 days and on one million people in the north and the south in July.

Earlier this month, Nanogen sent a letter to Prime Minister Chinh asking his approval for Nano Covax, which is now in the first stage of phase 3 clinical trials.

Nhan explained that all Covid-19 vaccines in use in the world such as those developed by India and the US are licensed with conditions of authorization. That means they produced vaccines while conducting clinical trials with a sufficient number of volunteers as prescribed.

He said Nano Covax has shown safety, immunogenicity, and being highly protective after phases of trials.

Nhan said Nano Covax is a type 1 of 15 vaccines from 15 countries entering clinical phase 3 with the company’s own technologies. Its production capacity is now at 8-12 million doses per month and can reach 30-50 million doses in October. The price would be VND120,000 (US$5.2) per dose, “among the lowest in the world” and it will be unchanged.

According to Nhan, Nano Covax samples have been sent to WHO for the check while dozens of countries, including India, have signed a memorandum of understanding with the company for supply once the trials come to completion.

Nano Covax has been given good remarks by the Research Ethics Committee.

PM Chinh said it’s necessary to shorten the trials amid the widespread transmission of Covid-19.

He asked the MoH to set up an action group to support the research, transfer, and production of Covid-19 vaccine to facilitate businesses working in this field to serve the country’s anti-pandemic strategies.

Administrative procedures that hinder vaccine production must be minimized. The MoH needs to support businesses as much as possible to solve the most concerning issue, Chinh noted.

Chinh urged Ho Chi Minh City to boost rapid tests on a large scale when he worked with the local authorities.

To boost the testing capacity, Chinh asked the health minister to immediately allocate test kits to the city, saying that the Government will spend resources for Ho Chi Minh City in the fight against Covid-19. Yesterday, Chinh visited a Hanoi-based antigen rapid test maker with a capacity of 120,000 kits per day.

Upon the PM’s request, national flag carrier Vietnam Airlines has transported the test kits within the day to the southern hub.

Regarding the quarantine, Chinh warned of cross-infection in the centralized quarantine zone when he visited the dormitory of the Vietnam National University – Ho Chi Minh City which is now used to accommodate first-generation contacts of confirmed cases.

The PM has asked Minister of Public Security To Lam to deploy policemen to ensure security for Vietnam's largest city while it is under social distancing measures.

Ho Chi Minh City is now facing a rising number of infections, including many found in the community through testing. The city ranks second for the number of confirmed cases (2,960) behind Bac Giang (5,560).

The north-eastern border province of Quang Ninh has been selected to receive foreigners, providing that they hold a vaccination certificate known as a vaccine passport.