Why has Parkson Keangnam in Hanoi closed?

Analysts believe that the Malaysian retailer Parkson has had to shut down one of its shopping malls in Hanoi because it has been taking a loss over the last few years. But other sources say the reason is a “three-party civil dispute”.

VietNamNet Bridge – Analysts believe that the Malaysian retailer Parkson has had to shut down one of its shopping malls in Hanoi because it has been taking a loss over the last few years. But other sources say the reason is a “three-party civil dispute”. 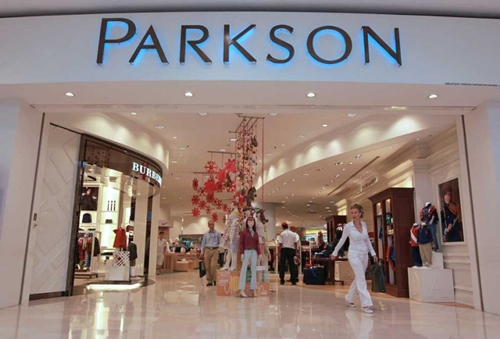 The document said that since it became operational in 2011, sales had never met the targeted level.

VnExpress, a local online newspaper, cited a report of Parkson Retail Asia (PRA), the holding company of Parkson Vietnam, as saying that the business results had been unsatisfactory.

PRA’s net profit in the third quarter of 2014 was modest, 6.9 million SGD, a sharp decrease of 33.1 percent from the same period of the year before, due to low sales in Malaysia and Vietnam. The same-store sales (SSS) growth was reportedly minus 8.2 percent for the quarter.

PRA’s CEO Toh Peng Koon said that while sales had been growing in Indonesia and Myanmar, Parkson has faced difficulties in other markets, including Vietnam.

The business environment, as described by PRA, remains very challenging because of the low spending of Vietnamese and the appearance of many new rivals. This led to a minus 5 percent growth rate in SSS in the third quarter of 2014.

Tri Thuc Tre said that Parkson had a very encouraging business period from 2005 to 2010. As such, the Parkson Group decided to set up a new shopping mall in Vietnam every year, except for 2014.

The opening of Parkson shopping malls in non-central business districts (non-CBD)  has also reportedly led to its growth slowdown.

Meanwhile, Nguyen The Cuong, head of the Nam Tu Liem district Market Management Taskforce, said on Song Moi that Parkson Keangnam was closed because of a “three-party civil dispute”.

“Keangnam, as the owner of the building, and Parkson, the retailer, who leases retail premises to re-lease to other merchants, could not reach an agreement on the two sides’ contract. Therefore, the business at some kiosks there has been interrupted,” Cuong said.

Nguyen The Khoa, a branding expert, commented that the sudden closure decided by Parkson would “send negative messages about Parkson”.