Some car companies said they had suspended imports of Chinese CBU cars, while waiting for new regulations. 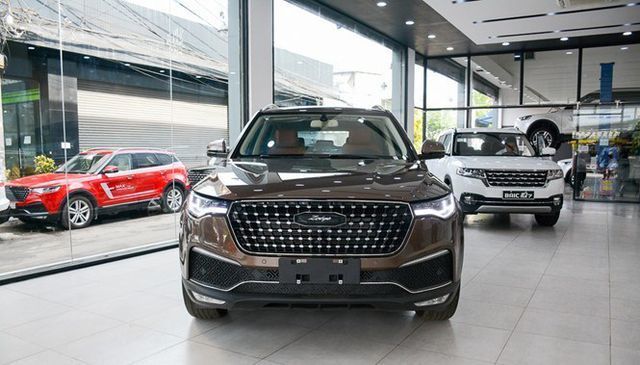 Under the current regulation, import quality is examined for every consignment of goods, and when problems, are discovered, the registration agency will ask importers to fix problems immediately, or force them to re-export the products.

A car dealer said that it is very costly to fix the problems. In many cases, importers have to invite engineers from China to come to Vietnam, and it takes several months, while they have to pay storage fees.

The imports from China have had to undergo stricter examination recently, after customs agencies discovered maps with illegal nine dash line in cars sourced from China.

“We have halted imports to re-discuss the issue with partners, while waiting for new regulations,” a car dealer said.

The car dealer wants the Chinese manufacturer to not use the maps with nine dash line in cars exported to Vietnam.

Car dealers also hope the regulation on examining every consignment of imports will be removed.

In the future, the examination would be carried out by samples taken for testing for the first time only, and the result of the testing would be applied to the next consignments of goods.

It is expected that the new regulation would take effect in early 2020.

According to the General Department of Customs (GDC), by the end of September 2019, Vietnam had imported 4,040 CBU cars from China, worth $162.5 million, a 5.3 fold increase compared with the same period last year.

Asked about the demand for Chinese cars, car dealers said more Vietnamese were using Chinese cars and the number of orders is on the rise.

Some analysts predict that Chinese imports, especially personal cars, will bounce back early next year, when the regulation on car imports is more flexible.

The analysts predicted that Chinese cars would become more common because small companies are importing Chinese cars to sell domestically, and Chinese manufacturers are developing their distribution networks in Vietnam.

Meanwhile, the number of Chinese car brands has increased rapidly. In the past, there were only several names such as Zotye and Baic, but now there are Hanteng, Dong Feng, Dong Ben and Saic as well.

Instead of distributing Nissan products, Tan Chong Motor will assemble, import and distribute Chinese cars in the Vietnamese market.