Will domestic travel save Vietnam’s tourism sector after Covid-19?

Vietnamese will be the first to travel after the pandemic ends, and if there are attractive demand stimulus programs, the market will need only several months to recover, experts say.

The domestic market was the major driving force for the recovery after the 2009 financial crisis. Travel firms believe that this will happen again this year after Covid-2019. 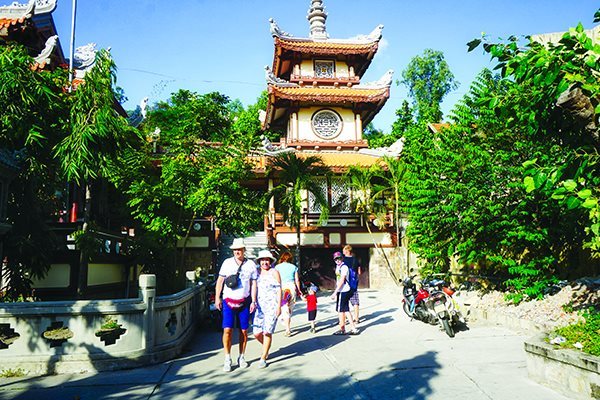 The domestic market is large. According to VNAT (Vietnam National Administration of Tourism), there were 85 million domestic travelers last year, an increase of 6 percent compared with the year before.

The average spending was VND5.8 million per traveler who stayed overnight and VND1.92 million for those who did not stay overnight.

“Nearly all programs bring effects immediately. If there are attractive programs, the market will recover just after three months,” said Nguyen Ngoc An, deputy CEO of Fiditour, adding that if the epidemic ends soon, travel firms will be more favorable to implement recovery plans because they can attract customers during the summer tourism season.

“In order to exist, travel firms need to better exploit the domestic market,” he commented.

Some travel firms said they are preparing to call partners to join forces to provide attractive products after Covid-19. The service fees to be offered to domestic travelers are expected to be
very attractive, because enterprises and local authorities want to lure travelers to offset the revenue decline in the crisis.

“We have just called for cooperation to attract travelers, but 40 cities/provinces, airlines, railways and service providers at destinations have agreed to join the demand stimulus campaigns,” said Nguyen Thi Khanh, deputy chair of the HCM City Tourism Association.

“Some road transport units have registered a sharp discount rate of 40 percent. The association is making hectic preparations so that sale promotion program can be launched right after the epidemic ends.

Experts said price reductions would determine the success of the program. The fees for package tours need be lowered by at least 30 percent to attract travelers. However, the demand stimulus activities after the crisis need to be different from sale promotion programs in tourism seasons.

Doan Thi Thanh Tra from Saigontourist, however, said that travel firms still don’t know when the epidemic ends and when to design suitable promotion programs.

More than 20,000 staff at hotels and tourist accommodations in Ho Chi Minh City were laid off or put on unpaid leave in the first quarter of the year due to the COVID-19 pandemic, according to a report by the municipal Department of Tourism.