The People’s Committee of Dong Thap province, the third largest rice producer in Vietnam, has sent a document to the Prime Minister with proposals to help settle the problems in rice trade. 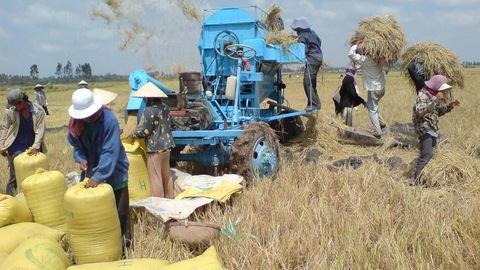 One of the proposals is allowing FIEs to distribute rice in the home market.

Under the Ministry of Industry and Trade’s (MOIT) Circular 34 dated December 2013, FIEs don’t have the right to distribute rice in the domestic market. But the rice export under the quota scheme has many problems.

Dat Viet newspaper quoted analysts as saying that Vietnam is in an awkward situation prohibiting FIEs to distribute some kinds of products in the domestic market. It needs to open the market as it has joined the global playing field.

According to Nguyen Van Nam, former director of the Trade Research Institute, the ban on FIE rice distribution may come from the fear that FIEs may manipulate the distribution of this type of essential goods.

However, FIEs still can find ways to dodge the law. For example, FIEs can take over Vietnamese retail chains and sell rice at the retail chains.

Nam pointed out that the biggest problem in rice distribution in Vietnam is the existence of too many intermediaries in the distribution chain. Farmers sell rice at low prices, but consumers have to pay a lot for rice because rice has to go through the hands of intermediaries before reaching consumers.

If FIEs can distribute rice, this will create a fair competition between domestic distributors and FIEs, which gives consumers better prices.

However, it is necessary to set reasonable regulations on FIEs’ operation scale and technical barriers to protect Vietnamese enterprises.

Duong Van Chin, director of the Dinh Thanh Agriculture Research Center belonging to Loc Troi Group, thinks that in an open market, it is impossible to impose discriminatory treatment on domestic and foreign invested enterprises.

Regarding the concern that the opening of the distribution market may prompt foreign enterprises to flock to Vietnam and put them at an advantage over Vietnamese distributors, Chin affirmed the principle of fair competition.

“If Vietnamese enterprises continue the ‘hit and run’ business model, i.e. they don’t develop material growing areas, and collect rice with unclear origin and quality, they will be defeated by foreign enterprises which can master the cultivation process, and ensure food hygiene and high quality,” he said.

Prime Minister Nguyen Xuan Phuc on April 28 agreed with the Ministry of Industry and Trade’s proposal to resume rice export from May 1, in accordance with Decree 107/2018/ND-CP on rice export business.