Will private capital be poured into airports?

VietNamNet Bridge – The Ministry of Transport (MOT) believes that it will succeed in attracting private capital to airport projects if it can develop reasonable policies.

VietNamNet Bridge – The Ministry of Transport (MOT) believes that it will succeed in attracting private capital to airport projects if it can develop reasonable policies. 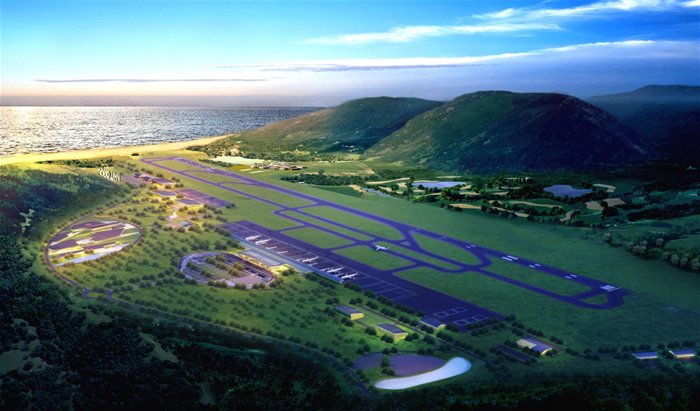 MOT has recently made many noteworthy announcement regarding mobilization of capital for airport projects.

Several days ago, it announced a plan to offer concessions to private investors in Phu Quoc and Noi Bai airports. Later, it said that public capital would be sought for airport projects and money would not just come from the state’s budget. And most recently, it has outlined four ways to call for public capital.

In 2011-2014, the air infrastructure projects alone needed total capital of VND45 trillion to be developed. Of this amount, 13.7 percent, or VND6.154 trillion was sourced from the state budget and from government bonds.

Meanwhile, capital demand for airport projects has been increasing rapidly. A report by IATA (International Air Transport Association) showed that Vietnam ranks seventh among countries with the highest growth rate in the number of passengers.

Vietnam can no longer rely on the state for capital to build airports.

Minh said MOT hopes to mobilize public capital for airport project development from four sources as follows: 1) money to be collected from the equitization of ACV holdings (Airports Corporation of Vietnam); 2) money to be earned from disinvesting and equitizing ACV’s subsidiaries; 3)  money to be earned from offering concessions in airports to private investors; and 4) capital from various sources in the public.

The second runway is being built at Cam Ranh Airport, and once it is put into operation, the existing terminal may become overloaded.

Therefore, CAAV and ACV plan to call for private capital for a project to develop a new terminal at Cam Ranh to satisfy increased demand.

“The Phu Quoc Airport would also be put up for sale this year. Besides, the project on expanding the terminal at Da Nang Airport also needs huge capital,” he said in Tuoi Tre.

According to Nguyen Thanh Hung, deputy chair of Vietjet Air, the air carrier plans to receive 10 new airplanes every year to serve its business expansion plan. Therefore, it wants to have good infrastructure at airports.