Will seaports be salable?

VietNamNet Bridge – Foreign investors are only eyeing large important seaports in Vietnam and are staying away from unprofitable seaports.

VietNamNet Bridge – Foreign investors are only eyeing large important seaports in Vietnam and are staying away from unprofitable seaports. 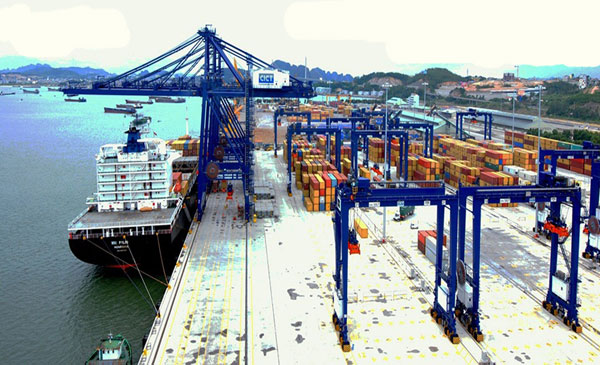 The heavy loss incurred by the Cai Lan International Container Terminal (CICT) has drawn the special attention of the public.

Becoming operational in August 2012, CICT, a joint venture between the Vietnamese Cai Lan Port Investment JSC (CPI), which holds 51 percent of shares, and the US-based SSA Holdings International, which holds 49 percent, has been taking losses.

The owners of CPI are Vinalines, the Quang Ninh Port JSC, Geleximco and individual investors.

The loss incurred by the joint venture in the first 11 months of 2014 reached VND218 billion. The port has been running at 20 percent of the designed capacity of 520,000 TEU per annum.

However, in the economic recession, shipping firms prefer using small and medium size ships, and therefore, they prefer the Hai Phong port as the destination point to CICT.

Shipowners confirmed that their ships would dock at CICT as the last resort, because of the higher fees and less favorable infrastructure conditions.

“We have to leave CICT immediately after receiving cargo, before we can check the goods, because we will have to pay a high fee of $200 for every hour of staying at the port,” a shipowner said.

CICT, which has failed to call for more investment capital from existing partners, believes that CPI’s capital withdrawal is the only solution to save the project.

However, analysts pointed out that it would be not easy to find investors to buy the shares of an unprofitable port.

The shares of many other seaports have also been left unsalable at IPOs, because they are unattractive to investors. And CICT is not the only port that has incurred huge losses.

Foreign investors are believed to be only interested in large seaports, namely Da Nang, Hai Phong and Tan Cang.

Ho Kim Lan, secretary general of the Vietnam Seaport Association, believes that the only solution to settle the seaports’ problems is applying the port authority model. The model has been applied in most of the ports in the region and the world.