Will the Jetstar Pacific brandname be eliminated?

Jetstar Pacific Airlines (JPA), the low-cost Vietnamese air carrier, is moving ahead with the third restructuring, expected to be carried out after the epidemic ends.

A local newspaper has quoted sources as reporting that the Australian Qantas airline and Vietnam Airlines, the two biggest shareholders in JPA, are conducting the transfer of Qantas’ 30 percent of JPA shares to Vietnam Airlines. 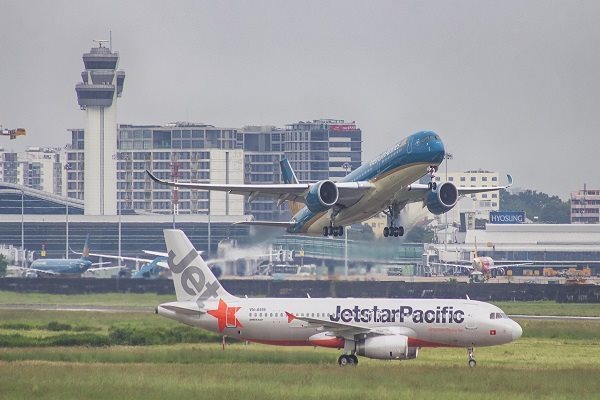 When the deal is wrapped up, Qantas will officially leave the Vietnamese market after 13 years of cooperation.

On the last day of March, JPA provided the last flight between Hanoi and HCM City before halting its operation as per the request from the Civil Aviation Authority of Vietnam (CAAV) on cutting the number of domestic flights during this period.

CAAV decided that from April 1, airlines can only provide flights on three air routes, namely Hanoi-HCM City, Hanoi-Da Nang and HCM City-Da Nang. There are two flights between Hanoi and HCM City each day: Bamboo Airways and Jetstar Pacific fly on odd days while Vietnam Airlines and Vietjet Air on even days.

Meanwhile, the Hanoi-Da Nang and HCM City-Da Nang will be exploited by Vietnam and Vietjet in shifts.

However, JPA has not provided more flightd since April 1. The flight on March 31 could be the last one of the air carrier under the name ‘Jetstar Pacific’.

For many months, Vietnam Airlines, which is holding 68.85 percent of capital, and Qantas Asia Investment Company, which is holding 30 percent, carried ou meetings to make important decisions for the third restructuring campaign of JPA over the last 15 years, since its establishment.

A source said the departure of Qantas would be taken soon, from June 30. However, the two sides still have not made a final decision about the time to leave.

For Vietnam Airlines, the air carrier will also organize more meetings before drawing a final plan to be submitted to the Committee for Management of State Capital at Enterprises (CMSC).

In 2007, the Australian partner bought JPA shares from SCIC in a plan to develop it into a low cost carrier in the domestic market.

However, JPA has been taking losses continuously over many years because of the 2008 global economic crisis, the increased fuel costs, the old fleet with aircrafts older than 15 years, and the limitations in organization. The total accumulative loss in 2005-2011 reached VND2.1 trillion.

In 2011, when JPA was on the verge of bankruptcy when it fell into insolvency with stockholder equity of minus VND600 billion and accumulative loss of VND2.5 trillion, the Prime Minister asked Vietnam Airlines to take over SCIC’s capital in JPA and conduct the second restructuring.

Vietnam Airlines is among 51 stocks that had been barred from margin lending in the second quarter, according to the Ho Chi Minh Stock Exchange (HoSE).

National flag carrier Vietnam Airlines will limit the number of passengers on flights to Ho Chi Minh City from April 6-15 following a request from the Civil Aviation Authority of Vietnam.