Will VND1-1.5 million help people with basic needs during COVID-19?

Vo Quoc Thang, chair of Dong Tam Group, said the government has taken many drastic measures to help businesses and people to overcome difficulties, but he wants to see more strong actions to mitigate the damages caused by economic recession. 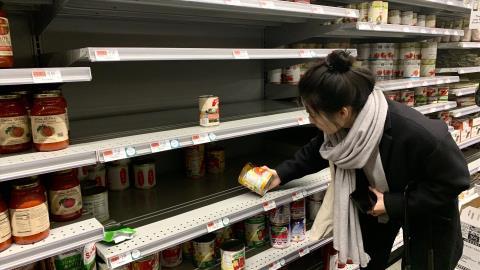 Thang has made 10 proposals, two of which relate to emergency assistance to people. The government can reduce electricity bills for April, May and June by 50 percent and allow consumers to owe the remaining 50 percent.

The owed money will be paid in 2021, or it can give VND1 million or VND1.5 million to every Vietnamese citizen, with disbursements in April, May and June. The money will help cover people’s basic needs.

Thang stressed that a high number of workers, especially seasonal workers and small business households, have been seriously hit by the epidemic. The workers have low and unstable income, which is just enough to cover daily basic needs, and they have no savings.

Asked about the budget for emergency assistance, Thang admitted that it is unfeasible to rely on the state budget. He suggested setting up a fund - Quy Gia Dinh Vietnam (Vietnamese family fund) - and calling for financial support from Vietnamese in Vietnam and overseas and economic sectors in society.

He also thinks that Vietnam should seek support from international institutions.

Nguyen Hoang Hai, deputy chair of the Vietnam Association of Financial Investors (VAFI), doesn’t think this is a good idea.

Hai believes that as the nation’s financial resources are limited, the solution is unfeasible. Financial support needs to be addressed to the right people who really need assistance. The wrong spending will put a burden on the state budget and people.

Regarding the proposal to borrow foreign money to assist people, Hai said borrowing will lead to an increase in public debt.

The government has to spend a huge amount of money to prevent and fight against Covid-19. Coronavirus patients now can receive treatment free of charge.

Vietnam has a special population structure with more than 70 percent of people engaged in agricultural production and living in rural areas. Even if Vietnamese are in quarantine for 15 days, they won’t lack food.