Winning ways in the world of futsal 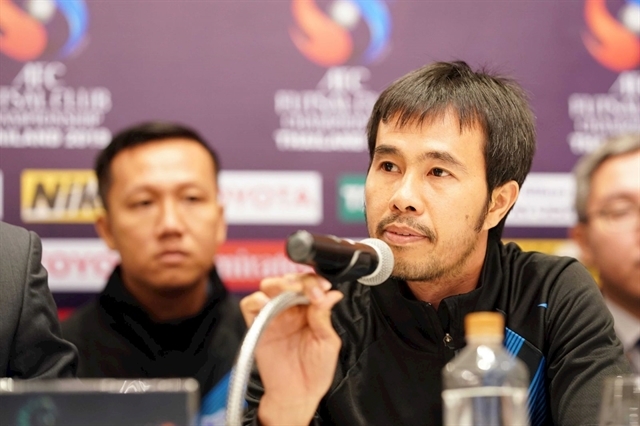 First of all, congratulations on being nominated as one of the 10 best futsal coaches in the world. How do you feel? What does the nomination mean for you and other Vietnamese coaches?

I feel wonderful and quite honoured to be nominated. I would like to share the joy with my colleagues and also the fans who have always supported me. It provides major motivation for coaches like myself and others to strive to improve and continue to contribute more to the sport.

Being a successful futsal player and coach must mean you have a huge passion for the sport. Can you tell us about the support you receive from your family?

I’ve been passionate about futsal since I was a kid, when I skipped school so many times to play. I was still skipping classes in middle school, and even though my parents scolded me about it they still supported me and sometimes let me miss school (laughs). The most supportive person is my wife. She accepts what I do and takes care of our family so that I can do what I love.

Who is your biggest inspiration?

I’ve spent a long time learning from other managers. There are a few people who have had a major impact on my career. I learned how to focus from former Vietnam national futsal team coach Bruno Garcia Formoso, as he took the job very seriously. He also has fantastic defensive tactics. I picked up attacking tactics from Miguel Rodrigo, who was also a former national coach in Vietnam, and patience from Antonio Jose Azevedo “Zego”, who has more than 44 years in youth football training. He told me to always be patient and never give up.

What highlights from your career do you remember most fondly?

I managed Thai Son Nam at the beginning of 2019. One milestone I will never forget is the 2019 AFC Futsal Club Championship. Despite being a Vietnamese coach, I helped the team finish third in a tournament with many strong teams. It felt great, and I was very pleased with my strategies in those matches.

From my playing days, I remember a match against Malaysia in the 2010 AFC Futsal Club Championship qualifier. We were trailing 3-2 with just 32 seconds left, before Hoang Giang’s equaliser took us into extra time. I then scored a goal that helped us win 6-3 and secure the last spot in the tournament. It’s a memory I will never forget.

Have you ever thought about becoming a football manager? Besides the size of the stadium and the number of players, what are the main differences between football and futsal? Can a futsal player easily transfer to football? Who are your favourite football teams?

I used to have a B football coaching licence, but because I didn’t feel as passionate about football as I do about futsal, I decided not to pursue it. The rules are different and so is the intensity on the pitch, with a lot of replacements being made in futsal. I think a futsal player could play football, but it would take time to adapt and improve their skills. I say it’s possible, but I think it’s really quite difficult (laughs).

In futsal, I think the Thai national team is very strong and we could learn a lot from them. As for teams, I really like Barcelona because they build-up play quickly and the players are very skilful.

What are your future hopes and plans?

I hope there will be more investment made into futsal so the Vietnamese league can become more professional. For example, the Futsal HDBank National Championship must reach the level of V.League 1, with home and away games and each team having at least one foreign player.

Being a coach for an international team is something I have dreamed of for a long time. But since my English is quite poor it’s a problem. I hope I can grab the chance when it comes.

Park Hang-seo completed his 14-day quarantine on Thursday after returning to Vietnam from a holiday in his native South Korea, and is itching to get back to work with the national team.