A woman and her three small children have been found dead in a stream in the northern province of Hoa Binh in a suspected suicide case. 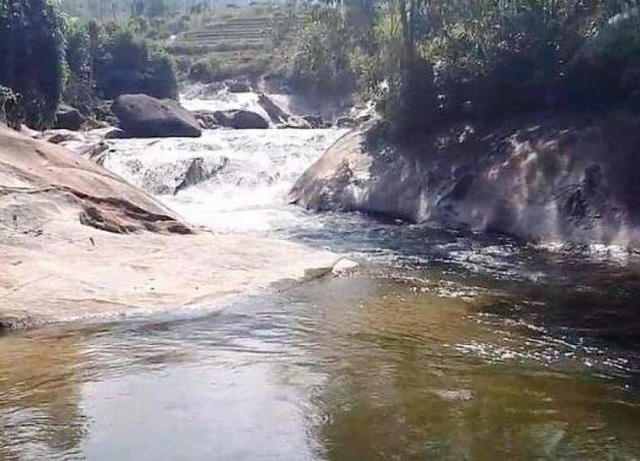 The stream where the bodies are found

Local authorities in Hung Son Commune, Kim Boi District announced on the morning of May 7 that they have found the bodies of a local woman and her three daughters in a local stream.

The 24-year-old woman has been identified and her three daughters are six, four years old, and five months old.

According to a report from the authorities, they were informed about the woman and her children jumping into the Khoang De Stream at 8 pm on May 6 but when the rescue team found them, they were all already dead.

The stream is about three metres deep and one kilometres away from their house, the report said.

It is suspected that the woman had held her children and jumped into the stream.

Local authorities are investigating the cause of the incident. Dtinews