A special working group in charge of boosting reforms and improving the business climate would be set up this year. 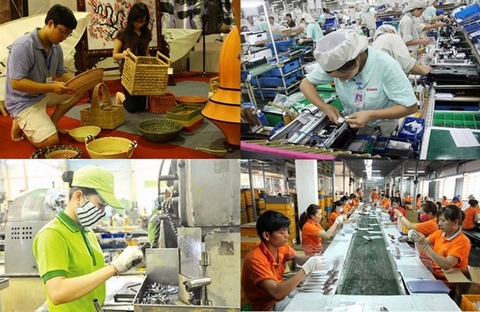 A special working group in charge of boosting reforms and improving the business climate is going to be set up early this year. — Photo VGP

A special working group in charge of boosting reforms and improving the business climate would be set up this year, Chairman of the Government Office Mai Tien Dung said at a meeting on Thursday to discuss plans to simplify business procedures in 2020-25.

The group would keep an eye on reforms made by ministries and localities and remove any difficulties they faced.

The group was part of the Prime Minister’s draft decision on cutting and simplifying business regulations in 2020-25, which would be issued in February, Dung said.

The issuance of new legal documents, especially ministerial-level circulars, would be put under tight management to prevent new documents from pushing up costs for firms, he said.

It was necessary to restrict the issuance of circulars and gradually move towards a system that no longer required circulars to implement laws, Dung said.

He added that tools to calculate regulatory compliance costs would be developed to measure the quality of reforms.

The focus for 2020 would be reviewing and amending 25 overlaps and inconsistencies in existing legal documents recently pointed out by the Viet Nam Chamber of Commerce and Industry (VCCI) and the Central Institute for Economic Management (CIEM), he said.

Hieu said that the Government should issue fewer and "smarter" documents.

According to Dau Anh Tuan, head of the Legal Department under the VCCI, enhanced co-operation between ministries to prevent overlaps and inconsistencies among legal documents was vital.

“Viet Nam is embarking a more radical reform period, so the work will be very difficult but it is a must,” Dung said.— VNS