This is the greatest festival of people in Dong Thap Muoi region. The festival is held on December 18 in Tan Kieu commune, Thap Muoi district, Dong Thap Province.

Attending the festival, you can also visit the ancient ruins like Go Thap Muoi, Co Tu Tower, Ba Chua Xu Temple ... then enjoying the atmosphere of the folk festival and cultural and artistic activities. 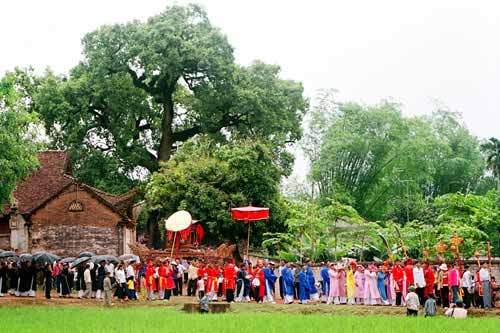 Minh Hai worshiping rites are usually held at the Chuc Thanh Temple in the ancient city of Hoi An on 7/11 on lunar calendar or December 9 this year. The rituals include ceremonies related to Buddhism. After the ceremony are the recreation activities, arts, camping and traditional games. 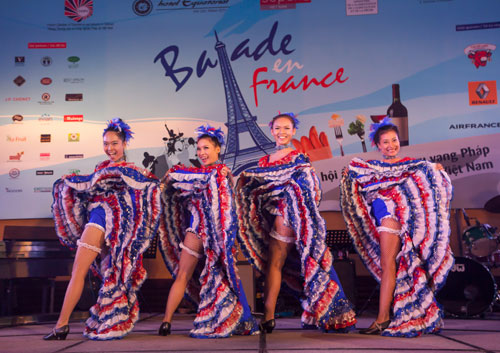 On December 14 and 15, the French Chamber of Commerce and Industry in Vietnam (CCIFV) will host the biggest street event in the 23/9 Park in HCM City called French-Vietnamese Festival (Le bon Marché).

Coming to the festival, visitors will be involved in a bazaar with many stalls selling French agricultural food products of high quality, enjoy special cuisines of Vietnam and France at restaurants. The festival will also have attractive leisure activities. 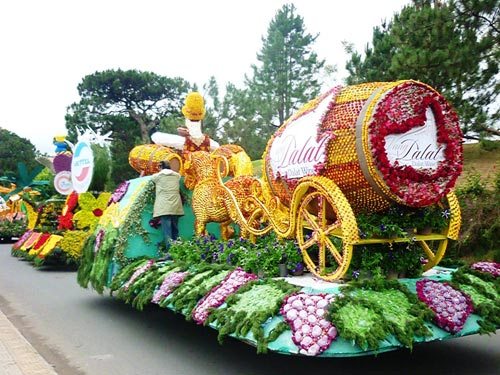 During the flower festival, Da Lat will be especially decorated by all kinds of flowers. Some notable programs are the 120th Gala of Da Lat, Flower Space SHow, Da Lat flower market 2013, a seminar on Da Lat flowers and tourism and Flower Carnival 2013.

The program will take place on 31/12 at the August Revolution Square in front of the Hanoi Opera House. This is a place for people to share special moments besides their relatives, lovers, friends ... to bid farewell to the old year and welcome the New Year with lots of good wishes.