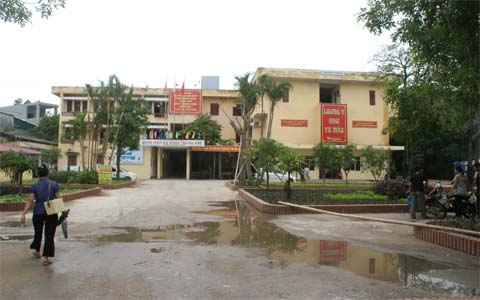 Oanh’s mother - Pham Thi Huong, a resident of Dong Tho Ward, Thanh Hoa City, told reporters that Oanh, 21, had signs of labor so she was taken to the hospital family Thanh Hoa City Polyclinic. Doctors made several tests, including blood tests.

After giving birth, Oanh and her family received the bad news: she was positive for HIV.

"Receiving the test result sheet of my daughter from a nurse, I was dumbfounded and then burst into tears. My family was very confused but we tried to keep calm and did not let my daughter know, fearing that she might be shocked," Huong said.

But according to Huong, the news was spread throughout the hospital by doctors and nurses. Many Oanh’s roommates knew the information and eluded her. Finally, Oanh knew about it.

"My daughter insisted on suicide after knowing the information. My family had to arrange at least one member to guard her in order to prevent her from committing suicide," Huong said.

She also said that doctors suggested her family to take the placenta home for burial to reduce the risk of HIV transmission.

Given that the patient having signs of bleeding and deteriorating health and their suspicion of the testing results, the family moved Oanh to the Thanh Hoa Maternity Hospital for monitoring and performing another blood test.

At this hospital, through two tests, the results are confirmed: Oanh is negative to HIV.

"I thought that I would take my wife and my baby to the river to commit suicide together because the life had no meaning for us. The two families, friends and neighbors saw my wife and I with a look of estrangement. I heard others talking about us everywhere. It was unbearable, he said!

Talking to the press about the incident on August 27, Mr. Le Tien Toan, director of the Thanh Hoa General Hospital said it is regrettable negligence of the hospital staff. But he insisted that it was "only minor error" and the hospital would address and learn experience from it. 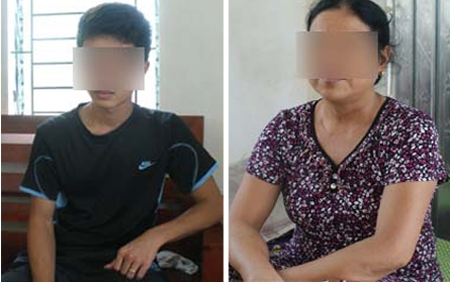 "In principle, if the HIV test result is not yet confirmed or even when it is confirmed, doctors and nurses are not allowed to tell the news to the patient and their family. They must report to the higher officials. They have to select the appropriate time to inform the patient of the test. It is wrong when the nurse directly gave the results to the patient’s family," said Toan.

"The nurse is young and lacks of experience," he explained and added that the hospital would consider the case and punish related people.

Explaining about the incorrect test results, Toan said the hospital did not have modern equipment and error in the initial tests could still happen.