Thirty-one-year-old Cee Jay (real name Igbokoyi Jesuloluwa) intended to stay in Vietnam for only six months. Yet now he's been here for eight years and has a happy family with a Vietnamese wife and a daughter.

Though he runs his own English language teaching centre and updates his YouTube channel regularly, Jay said his most time-consuming job is being a father and a husband.

After watching his videos, it is hard to believe that just eight years ago he knew almost nothing about Vietnam. Now he shares his daily experiences in fluent and witty Vietnamese.

Coming to Vietnam in July 2012 in an exchange programme and internship from the University of Greenwich, UK, where he studied, by the end of the 13-month period, he decided to stay to work for the company that he spent his internship with.

He was reluctant to take the job due to the low salary but he stayed on to be with the Vietnamese woman he was dating at the time.

All he knew about Vietnam before coming to the country was about the War Against America and when he did more research, all he could see was bikes.

“I did not know how I would survive because I wasn't used to such a traffic system where it seemed like there were more bikes than people in the whole of the country,” he told Việt Nam News.

He found it hard to adjust to the food at first, and for the first three months, all he ate was KFC, bread and cơm rang gà (fried rice with chicken).

“I could eat cơm rang gà because it is very similar to some food in my country,” he recalled. “It wasn't until I got my first girlfriend that I was able to eat other Vietnamese food. She introduced me to bún chả (vermicelli with grilled pork) and phở (beef noodles) and other popular Vietnamese cuisines, and I really fell in love with Vietnamese food from there, most especially phở and bún chả.”

Jay has done various jobs to earn a living here, from an IT specialist, English teacher to PR manager for a bar.

After he came to Vietnam and had a relationship with a few Vietnamese women, he knew he was going to marry a Vietnamese woman, but he did not know it would come so quick.

Jay once posted his “criteria” for his future wife on his Facebook page in Vietnamese. Among 20 characteristics he wanted, he stressed exteriority, friendliness, trustworthiness, talent in cooking, intelligence and independence.

“I met my wife on the walking street close to Ta Hien Street in Hanoi,” he said. “I was out with a friend that night when I decided to be a bit naughty.

"While we were walking towards the bar, there were two ladies walking right in front of us. I wanted to be naughty again so I said something, and so the lady on the left turned around and said 'seriously?'.

"I was quite surprised that she could speak English, so we started a conversation from there.” A few weeks later, the lady on the right became his girlfriend, and now his wife, Le Thu Phuong.

Once he started dating his wife, Jay saw almost all the qualities he mentioned in that post.

“Even though I wasn't checking a list, or even hoping to find someone with all those qualities, I just found out she was amazingly perfect for me,” he said.

“Even though we had lots of hard times while we were dating, she had a lot to offer, she made me feel special. She made me feel like the man I wanted to be. She supported all my plans and was very encouraging, there are too many things I can say about my wife. But I think the best way to put it in a short sentence is duyên tới (lucky chance arrived).

A typical day for Jay starts at around 10am, when he takes his daughter to her playhouse for about two hours and then comes home for lunch. He then spends the early afternoons shooting video clips or editing a video. He goes to his English centre in the evening, and then to the gym after that, and then back home to spend some time with his family and then works all night until about 4am - the best time to work without much noise and distractions.

Jay said his experience of learning Vietnamese was quite unique. The school he went to in Vietnam offered a Vietnamese course for foreigners and he attended a few classes. He liked it, but didn't learn much as he was thinking he would leave this country in a few months.

He would turn on Vietnamese lessons on YouTube and try to learn a few words.

“I would also ask my girlfriend at the time to teach me some words which I would then go into a bus with my bus pass and particular destination to meet strangers and practise what I have learned,” he said.

“Many people laughed at me when I tried to say some things, but I always made sure that they corrected me when I said something wrong,” he added.

After about six months, Jay was able to have very basic conversations in Vietnamese and even make some jokes.

“I would say my Vietnamese speaking, reading, writing and listening skills are quite solid now,” he said.

Jay said he still keeps close contact with his family at home and his brothers and sisters in the US and Canada.

He plans to start-up a company to produce quality videos and be a promotional agency for companies in Vietnam.

He also plans to teach his 10-month-old daughter how to swim.

“I am hoping that after the coronavirus pandemic is over, I can take my family to my home country and to the US, so my wife and daughter can see where I grew up and experience what life is like in Nigeria and in the US,” he said.

“My full-time job now is a father and a husband. That is the most important job for me right now,” he repeated again and again.  VNS

More and more foreigners have need to learn Vietnamese 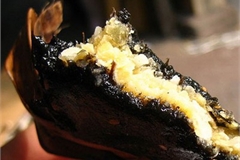