This custom, a unique way to pray for a prosperous, happy, and peaceful new year, has been followed in Thi Cam viilage for centuries.

In the reign of the 18th Hung King in 273 BC, General Phan Tay Nhac was ordered to fight the Shu invaders.

When his troops came to Huong Canh village, called Thi Cam village today, he ordered  a cooking contest to select a few capable locals to work for the army.

After defeating the invaders, General Phan Tay Nhac returned to the village and taught  the locals how to grow mulberry trees, breed silkworms, and weave silk.

After his death, he was worshiped as the village's tutelary god.

To express their gratitude to the general, the Thi Cam villagers began holding a rice cooking contest on the 8th day of the first lunar month each year.

Nguyen Vinh Hop, a member of the contest’s organizing board, told us: “There are four teams corresponding to the four ‘giap’ - an ancient administrative unit in the village. Participating teams have to run to the Nhue river to fetch water, make a fire, and cook the rice. There are separate awards for each part. When all four rice batches are done, they are offered to the village’s tutelary god before they are judged. There is one first prize, one second prize, and two third prizes.”

In addition to tools like mortars, and pestles and rice straw, each participating team is given a kilo of rice. The young men husk the rice. Their movements must be very fast and extremely skillful so that the rice grains do not break. Next the rice is screened to eliminate the rice husks and grit before being washed in water.

Next each team sends four young men to make a fire from the straw.  Two members of the team pull on the two ends of a bamboo stick clamped against straw tinder, creating friction to make a fire. They blow on the straw as soon as there is smoke. When the fire is lit, the rice cooking starts.

The Thi Cam communal house echoes with drum beats. The yard is filled with smoke. Everyone gets very excited.

The rice is cooked in the pots only until a cluster of incense sticks burns out. The whole competition takes place within an hour. When a pot begins running out of water, the team buries it in the burning straw until the rice is fully cooked.

Vu Dang Quyen, representing the management board of the Thi Cam communal house and in charge of communications for the competition, told VOV: “The rice cooking contest includes rice pounding, rice washing, and rice cooking. Each team has 10 people. Competitors are required to make a fire at 11 o’clock and complete the cooking by 12. That means the contest takes place in an hour. There wasn’t much controversy over the results of this year’s contest. The villagers were satisfied with the outcome. This year’s competition enjoyed favorable weather and all four teams made big fires. That means we can expect a prosperous and peaceful year and good health for all.”

After the winning team is announced, the rice is distributed to all of the villagers to bring them good fortune.  They believe that adults who eat the rice will have a year full of luck and children who eat it will grow quickly.

Ngo Thi Hoa,  a member of the first-place team this year, said: “I was born and raised in the village so I have participated in many rice cooking competitions. This year I was the leader of a team. I’m very happy because we got the first prize. I hope our area will enjoy a year of peace, good luck, and happiness. All my team members were proud to offer rice to the village’s tutelary god. The competition is really a type of folk game.”

A festival featuring the ancient sport of ‘Vat Cau’, a game which involves men wrestling over a ball, took place in the village of Thuy Linh, Hanoi on January 30, with the aim of bringing the local community together through a traditional sport. 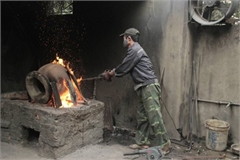 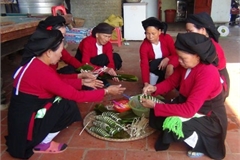 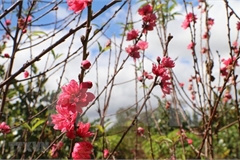 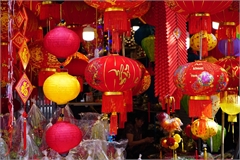