VietNamNet Bridge - The Ministry of Home Affairs has drafted a personnel downsizing plan at government agencies from 2014 to 2020, under which about 100,000 public servants will lose their jobs.

VietNamNet Bridge - The Ministry of Home Affairs has drafted a personnel downsizing plan at government agencies from 2014 to 2020, under which about 100,000 public servants will lose their jobs. 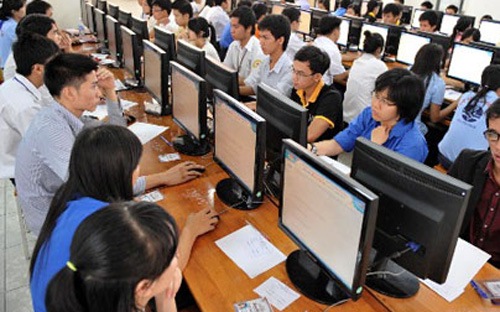 According to the Ministry’s draft report to the Prime Minister, the subject to this plan include public servants, employees at state agencies with labor contracts of indefinite term, officials of one-member limited liability companies and staff of associations.

It is expected that the downsizing will be done within 6 years (2014-2020), of which approximately 80 percent of the people will retire early and about 20 percent will be fired.

The estimated expenses for an employee who has to retire early is about VND75 million ($3,200) and VND90 million ($4,500) for those who are fired. Therefore, the total estimated cost to implement the downsizing policy is about VND8 trillion ($190.5 million).

Deputy Prime Minister Nguyen Xuan Phuc said at a meeting in early 2013 that there were about 2.8 million of civil servants but 30 percent of them (about 840,000 people) did not work properly.

If the draft plan is implemented, the government will be able to deal with only 12 percent of the ineffective public servants.