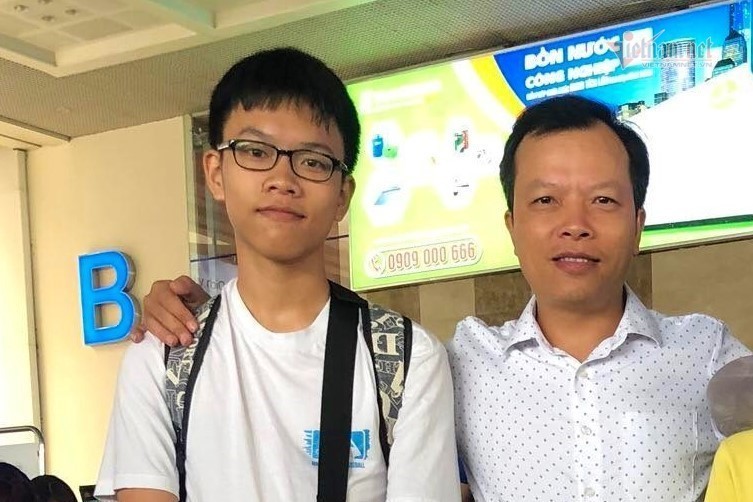 This is the first time Quang has won in a tournament with no discrimination in age. With the result, he has become the youngest winner at a national blitz chess championship.

At the blitz format of the tournament, of nine games, Quang won six, drew two and lost only one, thereby gaining seven points. In the tournament, Quang faced four Grandmasters and gained impressive achievements when he won three and drew one.

After nine games, four players each had seven points, namely Minh Quang, Cao Sang, Hoang Son and Truong Son. However, the 17-year-old won the gold medal after comparing other factors.

Tran Dang Chung, father of Quang, said the achievement was a worthy gift for his son for his great efforts.

He was a little surprised about the results because Quang had to face many strong players at the tournament.

Quang attended the national youth chess championship when he was six years old and has been playing chess for 11 years. 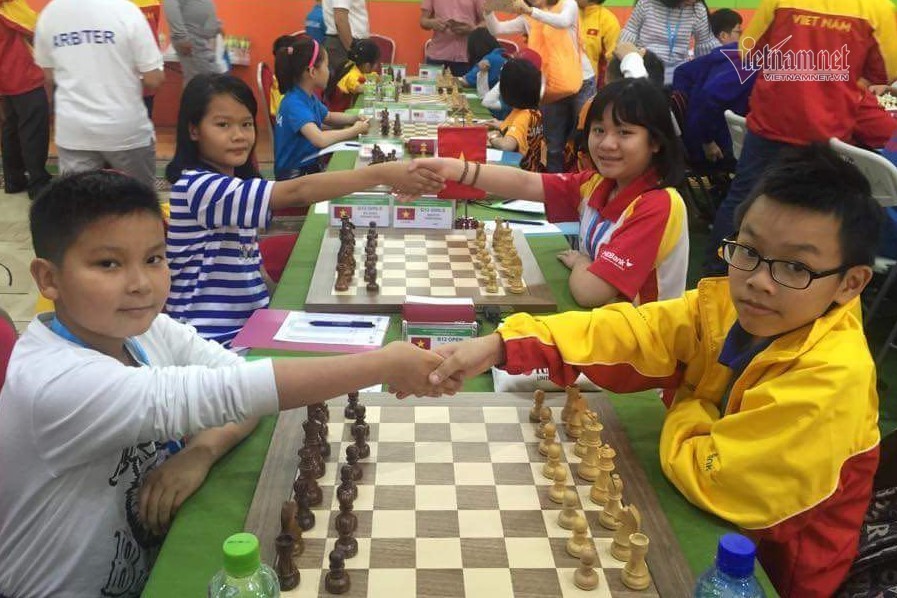 Quang began playing chess by chance. In childhood, as the boy was too hyperactive, Chung and his wife let their son learn how to play chess, hoping it could help him become more patient.

When Quang turned 5 years old, a foreign friend of Chung gave him a wooden set of chess. That was when Quang began playing chess.

There was a chess club near the preschool where Quang attended, so Chung decided to enroll his son in the club.

“We joked that if chess could keep our son sitting still and quietly for 15 minutes, this will be a big success.”

They did not think their son would be passionate about the game.

“Just two months after starting to play chess, he showed talent and superiority when he beat older brothers and sisters, including those who had played for many years. Realizing Quang’s talent, teachers said they wanted to give advanced training to Quang, so his life associated with chess began,” Chung recalled.

Quang became so passionate about chess that he played from the morning until the evening. When he was 5-6 years old, he played chess with his father and only went to bed if he won.

When Quang turned 7, his father could not win anymore.

At the age of seven, Quang won the gold medal in rapid chess at a national competition for youth.

Since then, Quang has gained achievements at many tournaments, including U7, U9 and U11 tournaments for youth, and the U8, U10 and U12 Southeast Asia Chess Championship.

Competing at the Asian Youth Chess Championship in 2017, he won a silver medal. In 2018, he won a bronze medal.

In 2019, he won all six medals including one gold and two silver medals, and two gold and one team silver medals at the Asian Youth Chess Championship in Sri Lanka.

In 2021, he became the champion at the U17 national tournament, won the gold team medal at fast chess national championship, and won the individual bronze medal in fast chess at the National Excellent Athlete Chess Championship 2021.

And now, he has won the gold medal for blitz chess at the 2022 national tournament.

According to Chung, after school hours, his son spends four evenings studying chess with teachers. The chess class finishes at 8.30pm and Quang gets home at 9pm, and then prepares for school hours the next morning.

Spending much time on chess, Quang still does well in school. He passed the entrance exam to YenHoa High School, which sets very high score benchmarks for students.

Chung said his son has been lucky to have enthusiastic teachers, including Luong Trong Minh, an international trainer, and international grandmaster Bui Vinh.

Chung has many memories about his son’s attendance at domestic and international tournaments.

At the age of 13, Quang burst into tears because of a bad game of chess.

The formidable opponent of Quang was a player one year older than Quang who lost all of the games.

“There was nothing to cry about. Winning or losing in sports is normal,” he told his son.

In reply, Quang said: “Would you feel sad if you were me and you lost all the games when competing with him?”

Chung then gave him two options. “First, you stop playing chess and you will never lose again. Second, you continue studying and practicing to become better and you won’t lose,” Chung said.

Chung believes that playing chess has helped his son improve in thinking, bravery, perseverance and meticulousness, and, especially, in doing everything with a plan and organization.