A 13-year confrontation between Vietnamese and foreign investors at a leading sweets manufacturing company has come to an end: the Vietnamese investor has acquired the entire company while the South Korean investor has left. 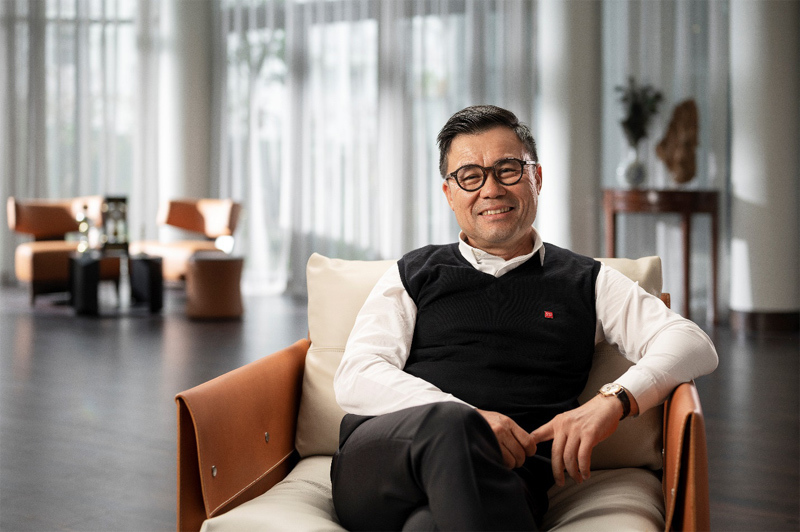 PAN Group made public the resolution of the board of management on approving a plan to purchase 7.7 million BBC shares, or 41.06 percent, of the remaining shares in circulation of Bibica, a big sweets manufacturer. Once the purchase is completed, PAN’s ownership in Bibica will be 100 percent.

The decision was made after the South Korean shareholder decided to divest all shares it is holding. The Covid-19 pandemic has put pressure on businesses globally, including Lotte.

As such, the struggle between Vietnamese and foreign shareholders in Bibica is expected to end this year. PAN Group’s Chair Nguyen Duy Hung now can raise the ownership ratio to 100 percent which he wanted three years ago.

The struggle between the two sides broke out in 2011, when the shareholder from South Korea wanted to rename the company Lotte-Bibica, putting the Vietnamese name at risk of disappearing.

However, the foreign investor’s attempt failed. Bibica decided to join hands with PAN, selling 35 percent of shares to PAN which acted as a counterbalance to Lotte.

Prior to that, with an aim to develop more strongly, Bibica had welcomed the investor from South Korea. With its presence, Bibica could develop and the brand become better known.

Bibica also received support in finance, technology and branding, and its products have been exported to many Asian countries.

However, the spirit to protect the Vietnamese brand kept by Bibica and the financial tycoon Nguyen Duy Hung changed the situation. The strong rise of large domestic corporations and the deep understanding about Vietnamese culture allowed Bibica to continue growing rapidly. Bibica share prices have increased sharply over many years, thus bringing big benefits to shareholders.

After the deal is completed, Hung’s PAN Group will hold 100 percent of Bibica shares. The sweets manufacturing company will serve as an important part of PAN’s 3F strategy (feed-farm-food) on developing food and foodstuff industry.

Once the entire company belongs to one owner, Bibica will be able to gather strength to develop its production scale, boost sales and expand its market share.

Foreign investors have made investments in Vietnam’s companies and then taken over companies in the last two decades. However, the robust growth of domestic private corporations has changed the situation. In many cases, Vietnamese enterprises have bought back Vietnamese brands which fell into foreign hands, and have even taken over foreign companies.

In 2016, it was Masan which ‘laid its cards on the table’ and prevented the expansion of foreign influence in the food processing industry.

At that time, Anco, belonging to Masan Nutri Science (MNS), beat out South Korean CJ CheilJedang to obtain the right to buy shares and become the strategic shareholder of Vissan JSC, thus helping MNS approach the leading position in the industry.

Meanwhile, Vicostone, the quartz manufacturer, has become a Vietnamese owned company. It is now taking the lead in artificial stone and listing itself among the companies with the biggest profits in the stock market.

About one decade ago, the Vietnamese retail market was ‘scorching hot’ with the entry of large corporations from Thailand, South Korea, Japan and France. For many years, the retailers’ playing field was nearly controlled by foreign players, including Metro, Big C, Lotte and Aeon, which overwhelmed Vietnamese brands such as FiviMart, Intimex and Hapro.

However, in recent years, Vietnamese brands, including Vinmart, which is now Winmart of Masan, and The Gioi Di Dong, are dominating the market.

In agriculture, An Giang Plant Protection JSC, which is now Loc Troi Group, and the foreign shareholder VinaCapital, had a disagreement in business strategy. VinaCapital later decided to divest from Loc Troi, and the Vietnamese group has been growing very well, becoming the No1 player in the Vietnam’s rice market.

Meanwhile, analysts say that the leading position of CP Group owned by the Thai billionaire Chearavanont was affected after Vietnam’s Masan Group launched the Masan MeatLife brand in a plan to enter the pork market worth $10 billion. Masan MeatLife (MML) has listed its shares and has capitalization value of over $1 billion.

The rise of domestic corporations in the struggle with foreign giants is an optimistic signal that shows the robust growth of Vietnamese businesses in domestic and world markets.

In strong signals of EU interest in Vietnam over the past few months, a batch of leading companies has signed deals to purchase businesses and expand their merger and acquisition footprint.

M&A in technology booms during pandemic