Vingroup, founded by the Vietnamese first dollar billionaire Pham Nhat Vuong, caused the biggest surprise in 2019 when announcing the shift from a real estate – retail group into an industry – technology group with global vision. 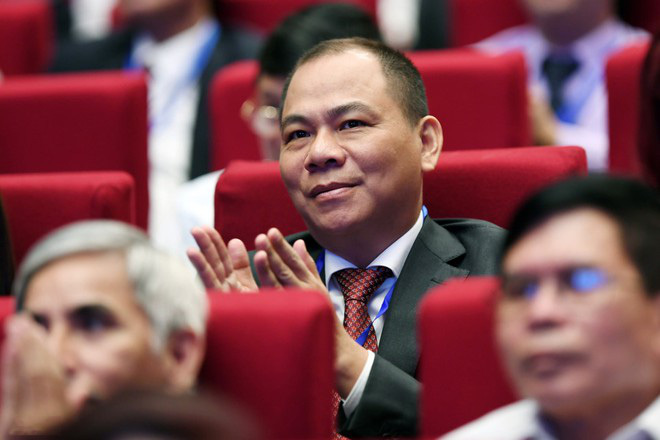 The corporation inaugurated the VinFast complex in 2019 and launched the first cars with VinFast brand into the market. It also marketed smartphone models and received positive feedbacks from users.

The moves taken recently by the Vietnamese giant has raised curiosity. It decided to transfer VinCommerce, a subsidiary specializing in retailing, to Masan Group, shut down Adayroi.com e-commerce website, and dissolved VinPro, the home appliance retail chain.

It also decided to give up the plan to set up an airline. Vinpearl Air has been canceled.

Explaining the moves, Vingroup’s managers said they want to gather strength to develop technology and industrial production with two pillars – VinFast which makes cars, and VinSmart which makes smartphones and hi-tech products.

Though canceling some investment projects, Vuong still continues to be the richest Vietnamese person and the 248th richest billionaire in the world with assets worth $7.6 billion, according to Forbes.

Though the aviation market has become more competitive with the appearance of Bamboo Airways of billionaire Trinh Van Quyet, Vietjet Air shares (VJC) in 2019 still increased by 20 percent in prices in 2019, from VND110,000 per share to VND146,000.

Thao assets not only come from Vietjet, HDBank and Sovico Holdings, where she is president and the representative of Savico’s capital contribution to HDBank.

She is among the world’s top 1,000 billionaires, ranking 941st. This is the only billionaire in the world operating in the aviation sector and the first self-made female billionaire in Southeast Asia.

The president of Hoa Phat Group Tran Dinh Long still could jump to the fourth position in the list of Vietnamese richest stock billionaires.

Long is now at the 1,996th position among the richest billionaires in the planet with assets worth $1 billion.

2019 was a successful year of Hoa Phat Group which implemented 90-95 percent of the construction workload of the Dung Quat Complex in Quang Ngai province and put the hot rolled steel production line into operation in Q2 2019.

Thaco’s president Tran Ba Duong is well known in Vietnam for his enthusiasm for the automobile industry. He is at the 1,349th position of the world’s billionaires with assets worth $1.7 billion.