Vingroup set up VinFast factory and launched the first VinFast cars into the market. 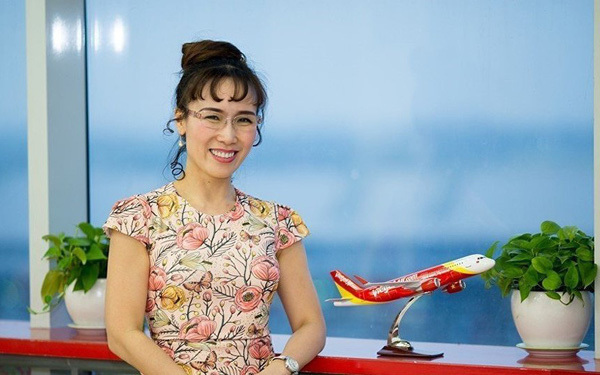 In late 2019, Vingroup announced the transfer of VinCommerce, a subsidiary, to Masan Group, stopped Adayroi.com and dissolved VinPro, a home appliance distribution chain. This is a part of Vingroup’s strategy to gather strength on industry and technology.

According to Forbes, Vuong continues to be the richest Vietnamese man, the 248th richest in the world with the assets of $7.6 billion.

Forbes reported that Thao’s assets are worth $2.7 billion. Thao is the Vietnamese richest woman and the 941st richest billionaire in the world.

The president of FLC Group got 3-grade promotion to the third position of the list of richest billionaires, if counting Bamboo Airways’ and FLCHomes’ shares worth VND14 trillion which are going to list on the bourse.

Huong is the wife of Pham Nhat Vuong. Her stock asset value change in accordance with the fluctuation of Vingroup’s shares. With the assets increasing by VND3 trillion, Huong jumped from the seventh to the fourth position in the list of richest billionaires.

Long’s name is no longer found in Forbes’ list and his assets decreased slightly last year, but he is still in the list of Vietnamese stock billionaires.

Quang, together with Anh, was added to Forbes’ list of billionaires in 2019. However, both of them saw the stock asset value decreasing compared with 2018 because of the sharp fall of Masan shares price.

Two Vietnamese billionaires lose out on first day of 2020

Two of the five richest people in Vietnam had a poor start to the new year as they saw their net asset worth decrease.