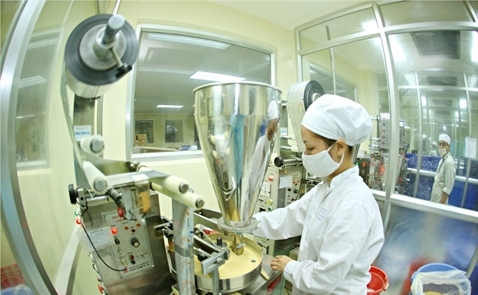 The Vietnamese drug market is valued at $5.2 billion

Business Monitor International (BMI) has reported turnover of $5.2 billion for the drug market in 2017, an increase of 10 percent over last year, and has predicted a two-digit growth rate for the next five years.

The demand for drugs in Vietnam has been increasing rapidly thanks to improved income per capita. The average spending on drugs in Vietnam rose from $9.9 in 2005 to $22.3 in 2010 and to $37.8 in 2015. With limited manufacturing capability, Vietnam has to import 55 percent of drugs it needs every year. In 2016, Vietnam imported $2.5 billion worth of drugs.


Seventy-five percent of surveyed businesses have predicted a 10 percent growth rate for the the entire pharmacy industry, while the rest said the growth rate would be less than 10 percent.

Analysts commented that the market structure would see big changes in 2018 with the participation of tycoons with powerful financial capability, including ones from other business fields.

The Gioi Di Dong, The Gioi So and FPT Retail, smartphone distributors, and Nguyen Kim, a home appliance distribution chain, have announced they will jump into the drug distribution market.

Of these, The Gioi Di Dong joined the drug market earlier than the others. In August 2017, The Gioi So joined hands with Vinamedic, officially joining the distribution of food supplements.

Meanwhile, international companies such as Sanofi, Taisho and Abbott have put pressure on domestic manufacturers, creating a more competitive market.

Eighty-three percent of businesses surveyed by Vietnam Report, a credit rating firm, said developing new products would be the priority strategy for them in 2018.

As many as 67 percent of businesses said they would expand the OTC (over the counter) channel and strengthen their retail networks.

There are 45,000 privately run drugstores in Vietnam. Most of them operate as separate shops, though many drugstore chains have been set up such as Phano Pharmacy with 49 stores in 12 provinces/cities, Pharmacity and PAK Pharmacy.

According to BMI, the chains hold only 5 percent of total market share, while the other 95 percent belong to separate stores.