More than 5.3 million farming households have been helped to create accounts on the two e-commerce platforms of Postmart and Vo So. The figure is expected to reach 10 million by the end of the year. 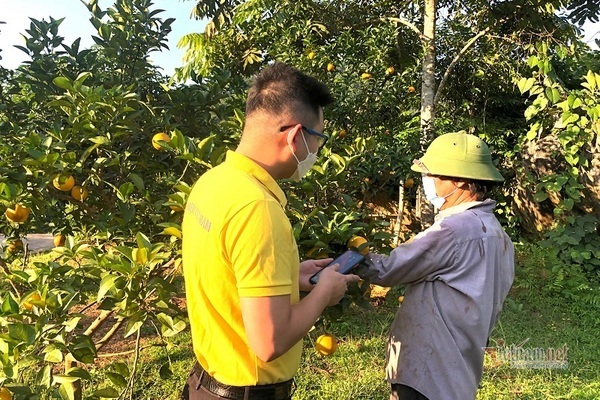 According to the Ministry of Information and Communications (MIC), as of March 21, 2022, 5.8 million farming households have been trained in digital skills, including 2.3 million households in the north, 1.8 million in the central region and 1.6 million in the south.

Of the 5.3 million farming households with accounts on Postmart.vn (Vietnam Post) and Voso.vn (Viettel), 2.1 million households are in the north, 1.7 million in the central region and 1.5 million in the south.

The total number of farm produce put into transactions on the two e-commerce platforms has reached 78,000, mostly farm produce in the north (46,500 products), followed by southern produce (19,300) and central region (12,000).

In Q1 2022, the value of farm produce transactions via Postmart and VoSo was VND21.14 billion. The bigger transaction value was seen in January (VND16.4 billion), but the figure dropped sharply in February (VND1.99 billion) and then slightly increased in March (VND2.75 billion).

In July 2021, MIC released Decision 1034 on bringing farming households into e-commerce platforms, and accelerating the development of digital economic development in agriculture and rural development.

To date, 60 out of 63 localities have set up plans to implement the decision (the three localities which have not drawn up plans include HungYen, LaoCai and PhuTho).

Under the decision, about 10 million accounts of farming households would be created in 2022 and become active.

The decision also set other important goals: 100 percent of OCOPs (one commune, one product) satisfying the 3-star criteria set by centrally-run cities/provinces would be brought into Postmart and VoSo; 100 percent of farming houses would be trained in digital skills and business skills; and at least 50 percent of farming households with accounts on e-commerce platforms are equipped with business knowledge and skills on e-commerce platforms.

The implementation of Decision 1034 is part of the national digital transformation program in the information and communication sector.

One of the goals of the plan on accelerating the agricultural digital economy in 2022 is establishing 10 million accounts on Postmart and Vo So.