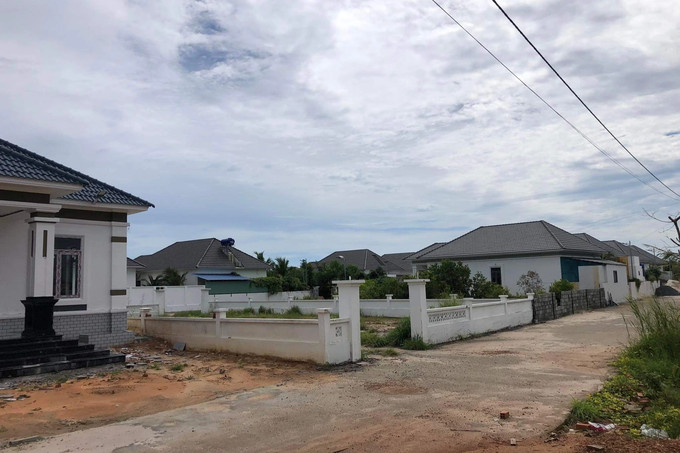 According to the chairman of the provincial people's committee, Le Quoc Anh, the 79 villas were illegally built on an area of about 18 hectares of public land in Duong To Commune.

"We have revoked the land and asked authorities in Duong To Commune to complete procedures for the demolition of the villas," Anh said on Monday. 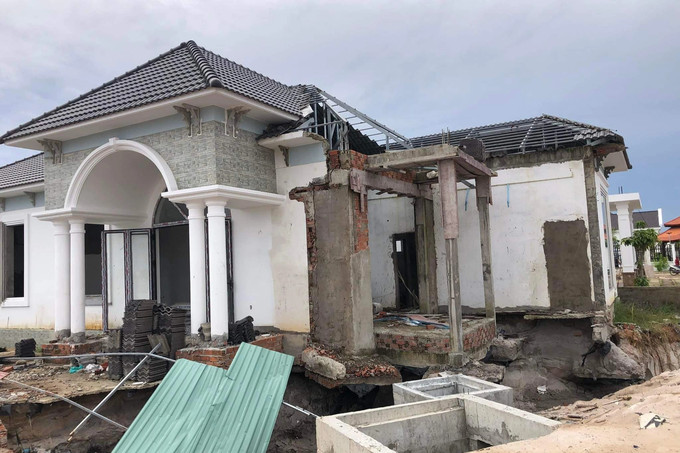 Some 12 villas have been demolished so far.

An investigation showed that some local people had encroached upon public and forest land and sold it to people from other places between 2017-2018 when the tourist island experienced rocketing land prices. The buyers then subdivided the lots into plots of 200-350 square metres and sold these on.

The first villas were built some four years ago when land prices in Phu Quoc boomed. More were constructed during the period of Covid-19 social distancing during the past two years.

"We'll penalise the developers of the villas and ask them to demolish their illegal construction works and return the land to the local authorities," Anh added. "We'd summoned the developers several times to deliver warnings, but they simply ignored them. We gave them the September 30 deadline to furnish documents proving title to the lands and construction permits for the villas but none of them showed up. And some 12 villas have been demolished by local authorities so far."

The official said that they had set up a task force to carry out inspections of encroachments on public and forest lands in Phu Quoc. Initial investigations showed that nearly 140 hectares of forest land had been illegally occupied and nearly 40 tourism projects had encroached on a marine protected area.

"We're also finding out the responsibility of local authorities and relevant agencies involved in these violations," he noted.