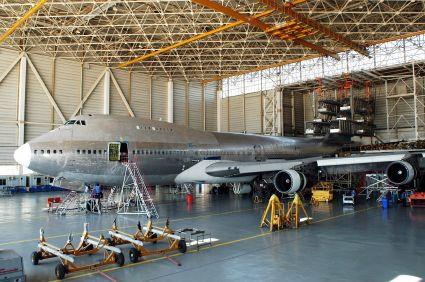 In the latest news, Russia has agreed that it would set up an aeronautical equipment maintenance center in Thailand instead of Vietnam.

Vietnamese experts believe that Vietnam has outstanding advantages to become the place for Russia to establish such a center.

Vietnam is a loyal client which owns the highest number of Russia-made fighter jets and helicopters in South East Asia. Besides, Vietnam has large numbers of equipment that need upgrading for the Air Force.

Prof Dr Nguyen Duc Cuong, chair of the Vietnam Aviation-Aerospace Association, said on May 9 that Vietnam can satisfy the technical and infrastructure requirements, but the decision was based on other reasons.

Technically, if Russia decided to set up a maintenance center in Vietnam, it will have more favorable conditions.

First, Vietnam has many years’ experience in exploiting and repairing Russia-made aircrafts, therefore, it would not take much time and money to train repairmen.

Second, Vietnamese scientists and engineers are very proficient and they have had opportunities to work with Russian aviation specialists.

Third, regarding the infrastructure items, Vietnam now has some factories, A41, A42 and A32 which once repair Russian aircrafts.

Expressing the regret, Cuong said that if Vietnam had the South East Asian equipment maintenance center, it would be able to repair military airplanes domestically, which could help save money and time.

He went on to say that it is regrettable to miss the opportunity, which means that Vietnam has missed a business contract, and a chance to develop its aviation industry.

Meanwhile, Tran Tien Anh, Aeronautical Engineering Dean from the HCMC University of Technology, thinks that Russia chose Thailand because this was the transshipment hub for many air carriers.

As Thailand is the transshipment hub, air carriers will let their aircraft land in Bangkok Airport to have maintained before they continue the itineraries. If so, they can save time and money.

Vietnam now plans to build the Long Thanh Airport, hoping to turn it into a new transshipment center in South East Asia. However, it is still early to say if it can become such a center.

There are many international airports around Vietnam, including Hong Kong, Bangkok, South Korea and Tokyo. Meanwhile, Singapore and Hong Kong now serve as bustling transshipment centers.

However, Anh also thinks that if Vietnam had proposed tonRussia to set up the center, Russia might have agreed to Vietnam’s proposal. Vietnam is a big client which buys Russia’s military aircraft, and has a young, skilled maintenance staff