Almost half of all enterprises closed over last decade

A total of 428,000 enterprises, accounting for 45.5 per cent of all those registered, ceased or suspended business operations in the 2007-2015 period according to the Vietnam Chamber of Commerce and Industry’s report.

A total of 428,000 enterprises, accounting for 45.5 per cent of all those registered, ceased or suspended business operations in the 2007-2015 period according to the Vietnam Chamber of Commerce and Industry (VCCI)’s Vietnam Business Annual Report 2015, released on April 13. 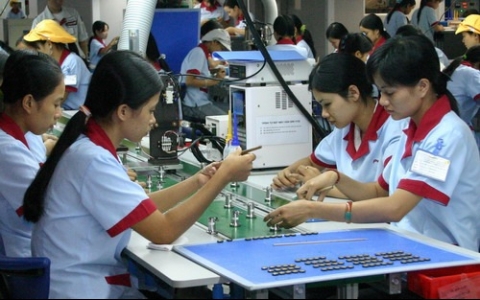 Last year there were 71,391 enterprises that ceased operations, up 22.4 per cent against 2014, figures from the Business Registration Agency at the Ministry of Planning and Investment reveal.

The high percentage of failed enterprises in Vietnam compares unfavorably to the global average of 30 per cent. This raises some concern about the state of Vietnam’s business environment.

The VCCI report showed that average employee numbers at enterprises fell from 49 in 2007 to 29 in 2015, indicating that business scale is becoming smaller.

Ms. Pham Thu Hang, General Secretary of VCCI, said the number of small and micro enterprises in the economy is rising, at the expense of medium-sized enterprises.

Ninety-nine per cent of micro enterprises are private enterprises, the report showed.