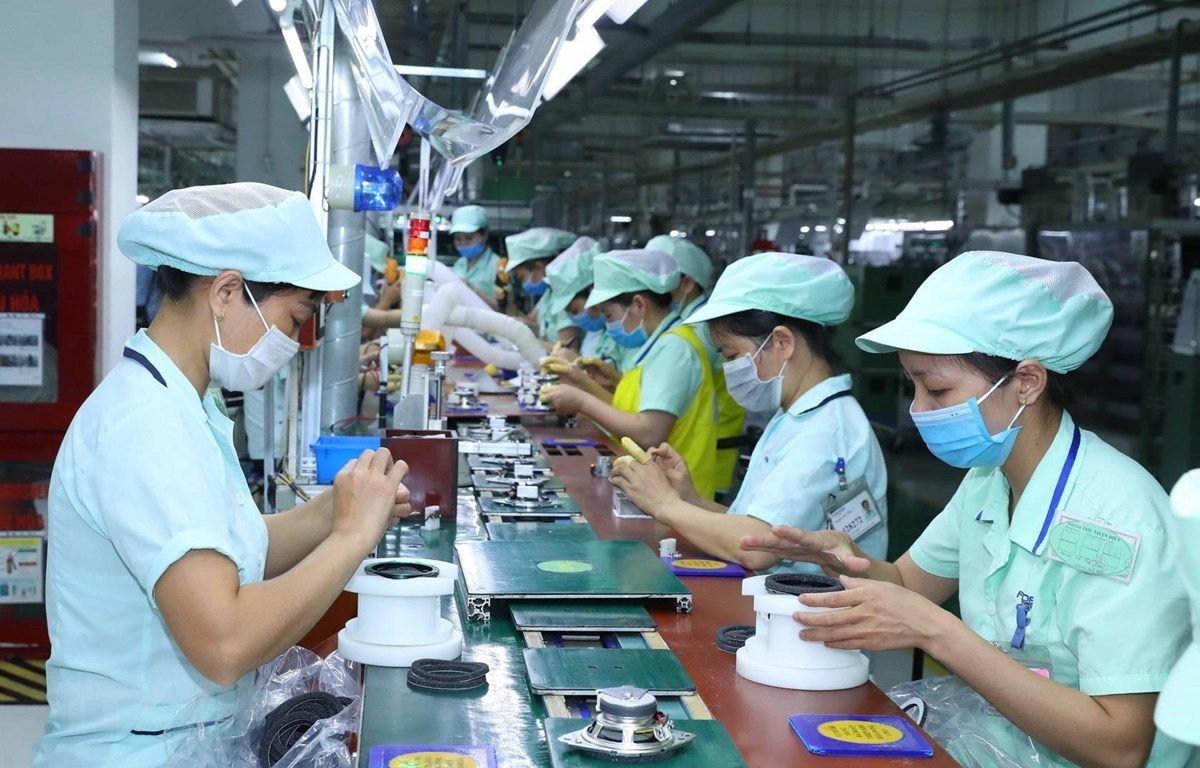 As Apple’s largest partner in iPhone assembling, Foxconn is planning to invest $270 million to expand its production in Vietnam.

According to Nikkei Asian Review, the factory for Apple products in the Dong Mai Industrial Zone (IZ) in Quang Ninh province exported the first consignment of LCD screens last week to take full advantage of the RCEP (Regional Comprehensive Economic Partnership), which was signed recently. The company will also increase production capacity in Vietnam.

Young Liu, chair of Foxconn, said that investment by large corporations is increasing. Foxconn will make a wide range of products in Vietnam, including TVs, telecom equipment and products related to computers.

In Bac Giang, Foxconn is building an assembly line for two Apple products, expected to become operational early this year.

Pegatron and Wistron are also scaling up production in Vietnam. In September 2020, Pegatron invested $1 billion in an electronics manufacturing facility in Hai Phong City.

Luxshare has decided to build a factory in Bac Giang as it is relocating a part of the Apple AirPods assembly line to Vietnam. Some sources said the group may start an iPhone assembly line there.

The latest report from Savills Vietnam said that big manufacturers, including Sharp, Nintendo and Komatsu from Japan, and Lenovo from Hong Kong, have announced plans to relocate to or expand production in Vietnam.

Vietnam has received many other well-known investors, including Canon, Microsoft, Nokia, Intel, LG and Samsung.

Su Ngoc Khuong from Savills Vietnam said that the Prime Minister’s decision on supporting and expanding industrial property for foreign investors to join the real estate market is a positive factor.

Meanwhile, the changes in the global economic situation are a plus for supply chains in Vietnam. Experts said that multinationals manufacturing consumer goods and technological products are under pressure to cut costs and relocate.

Foreign invested enterprises have not only set up new factories in Vietnam, but they have also developed local supply chains. After the pandemic eases, wages are expected to increase, which would prompt manufacturers to come to Southeast Asia to seek a new production base.

A report of the Vietnam Real Estate Brokerage Association showed that industrial real estate market was the only real estate segment that enjoyed positive progress in both rental rates and occupancy rates during Covid-19.

In 2020, the average occupancy rate in industrial zones was up more than 70 percent year-on-year.

Four factors have been cited to explain the rapid recovery of the industrial real estate segment in Vietnam.

First, the middle class and the dynamic private sector are developing rapidly. Second, the business environment is sustainable and political conditions are stable. Third, the government continues to maintain expenses to fight the pandemic.

And fourth, Vietnam has spent more money on infrastructure development and has tried to prevent the real estate market from becoming frozen.

Bilateral FTAs, such as the EVFTA, also promise to improve market accessibility. Vietnam is in a good position to recover and thrive after the Covid-19 pandemic ends.

However, experts point out that Vietnam is still in an early stage of developing industrial real estate in connection with supply chains, warehouses and transport. Therefore, it is necessary to develop more detailed strategies to support investors who want to join the real estate segment.

Nguyen Hoai An from CBRE Vietnam said that IZ developers need to change their view about product development to adapt to the new circumstances. Modern technologies are needed to manage and run infrastructure, and legal and personnel services should be provided to help tenants save time and costs.

When industries develop, demand for qualified workers will increase. The country needs to satisfy the demand for a high-quality workforce. In order to do so, it is necessary to make serious investments in education, especially in information technology, mathematics and science.

As for prospects in 2021, John Campbell from Savills Vietnam said that re-orienting the segments belonging to supply chains is getting clearer, and that many investors are expecting a busy year after barriers are removed.